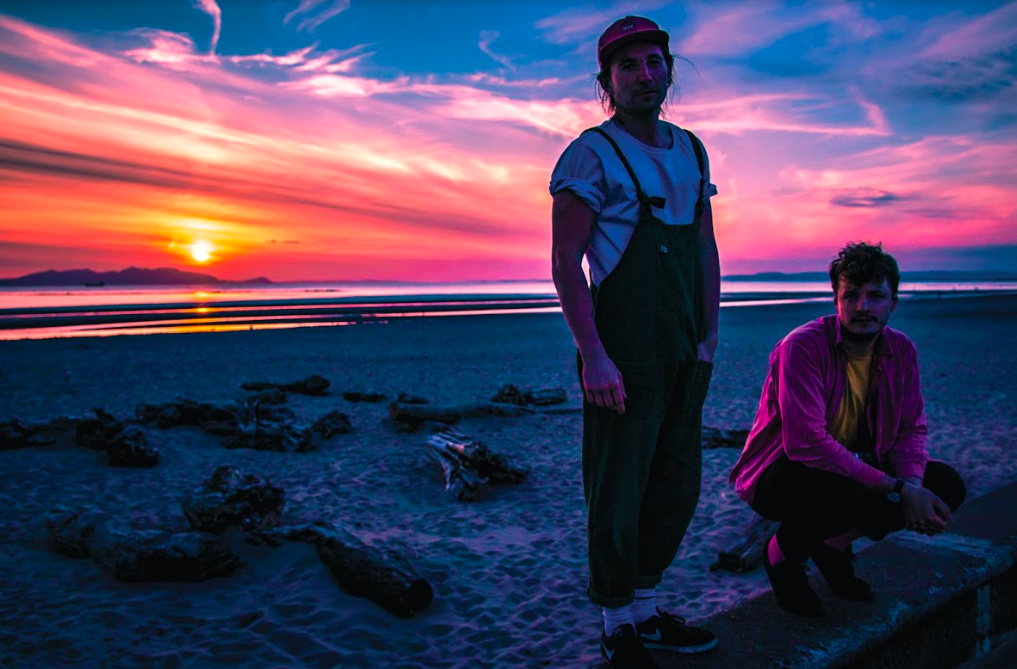 ‘People say that when we’re playing on stage we tend to smile at each other a lot, I don’t know if we intend to do that but we always have a laugh.’ Says Roan Ballantine, describing the VanIves stage dynamic.

Roan Ballantine and Stuart Ramage met at the age of ten when they were both campaigning for a new skate park in Galloway. It’s a long bond that’s evident in their tight on-stage dynamic, ‘we’ve known each other so long and been in bands for so long, we were in bands together at school, so being on the stage together isn’t a new thing or a strange thing. I think it works really well.’ explains Roan.

The sound of VanIves, is a genre melting blend of spacious and gently soulful elements. Between Stuart’s softly soaring vocals and Roans hip hop inspired and multi layered electronic production, they construct a sound that comes across at once both highly produced and natural.

The VanIves project has been on the go for just over a year now, and they’ve already played some top quality support slots. Just before the summer they supported SG Lewis, Be Charlotte and then Tokio Myers for two nights at the Queens Hall.

The duo had already been listening to and inspired by SG Lewis and say they were delighted to get the shout for that one. The Tokio Myres nights were a big highlight for them too, ‘ Queens Hall, it was our first big gig, the first time we played to over a thousand people so that was really special. Both nights were sold out and so many people came up afterwards and had a chat which was really good.’

As a band they’re unusually forthcoming about their musical influences, when they released their debut single Positive in May this year, they put out an accompanying Spotify playlist of tracks they were listening to while working on the song. ‘When we were writing the tracks we were listening to some completely absurd music, we have some quite eclectic tastes. I think it’s nice when you’ve made the track and everyone has heard it that you can say these were the influences, even though one of them might be a 80’s funk song and one might be a Drake song. You can then put them together and see where the song came from. We like to be completely honest and keep it open, not hide anything. If we can put that out there and someone finds it interesting and they enjoy it then that’s great and that is kind of the point of it.’

They’re planning a physical release with their next EP through Berlin label, Vielen Dank Records who they worked with for their previous releases. The plan is to release both the cd and have it online but vinyl is where they really want to push it. Roan explains that to them the vinyl format is crucial to the experience ‘Stuart has an honours degree in Commercial Music and I’m an art student at GSA so we’re very much artistic. So to us when you get an LP or an album the artwork and how you interact with it is a big part of the album. I remember getting the Led Zeppelin album, Physical Graffiti, when you move it it opens all the windows in the different flats and you can see into different rooms, I’ve always liked that so if we do get a record done on vinyl I think we’ll play about with the design a bit and try to make it quite special.’‘

We’re just trying to bring the EP together to the best of our abilities, we do everything by ourselves. We record a lot in the house but I did a course at Chem 19 just before the summer and learned how to use a recording studio. So we now go there to record a lot of our vocals and drums and stuff.’So what’s next for the band? ‘We’ve a gig coming up in Edinburgh on 10th October, I think it’s our second headline show in Edinburgh. So we’re gearing up for that, thinking about how we can make it a bit better than last. Live we’re hopefully getting a drummer on board, we’ve been chatting away with him for ages, we’re good friends. Hoping to get him in for festival shows or maybe more. 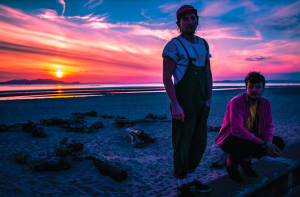