Wild Swimming: A Brief and Benighted History is hitting Pleasance for its first run at the Edinburgh Festival Fringe. Exploring the tensions in the way we talk about gender through the last 400 years through snacks and laughs, there was no one better than SNACK mag to get to the heart of Wild Swimming. Director Julia Head tells me more…

What can the audience expect from Wild Swimming?

It’s a really fun night out. We wanted as a company to make sure that our theatre was accessible, but that the audience can watch something beautiful too. It’s about a man and a woman who first meet on a beach in the 15th century, and they carry on meeting on the beach for the next 400 years. Gender and art changes, and their friendship changes. It’s also a really fun night out.

It came from a moment I had with a good friend of mine on a night out, who said ‘sometimes, I just really wanna be a Victorian Man. I think I’d do better; it would suit me more.’

I think it came from the idea that he was a privileged cis-white man who feels a sense of ‘I know that all of the men from my history have been dicks, but that I’m also not a dick. How do I fit into this world anymore? I don’t know how to not be wrong, because I constantly feel like it. I don’t want to say sorry but I don’t feel I can be who I want to be.

The first thing is that he’s a very good friend of mine.

Is it different every night?

It’ll be different every night but the themes are the same and it’ll be similar. The hope is that it develops the conversation with the audience, and we’re interested in celebrating live theatre.

There is a tension between Marek and his really beautiful writing and the production, which is more about a fun night out – an aggressive version.

Where did the snacks come from?

With a lot of mischief and generosity and love, we try to sabotage Marek’s play. One of the more fun ways is through eating. I like eating and I like eating when I’m watching plays – that was quite funny, and it went from there.

In the show, Nell does ‘Fuck all’ after Uni. How much does it draw off the millennial diaspora?

Marek is an incredibly intelligent man, who has been to university and really enjoys academia. I am a person that has not been to university, who doesn’t enjoy academia and doesn’t know about old white guys who write stuff.

That has been massive in our relationship as a theatre company. Although we do the same plays, the reason we do it is different and it’s quite exciting. It’s how we learn from each other. I’ve learnt a lot from Marek’s knowledge of plays and writing. Marek has learned from me about playfulness and fun, and the method of failure that we are really interested in as a company. He comments quite a lot about it in the play; the idea that learning and education all from one perspective is challenged.

How did Full Rogue come about as a company?

This is our first fringe play as a company – we started in 2017.

We came together in a room, read loads of articles and listened to music and ate and swam in the sea and filled ourselves with loads of things. Two years later we had a script. We stress-tested the play, pushing it to the limit to see what we’d find. Lots of new plays being written are treated with huge delicacy like they might break easily. I was interested in taking a new play and treating it like a robust, resilient Shakespearean play. Bash it against a wall and see what happens. It felt a bit…rogue.

A Wee Trip Down The Hidden Lane 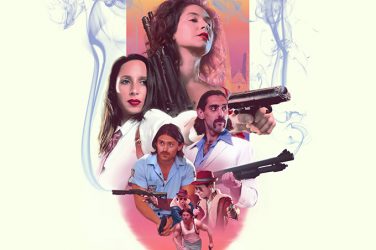 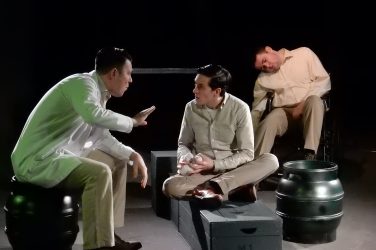 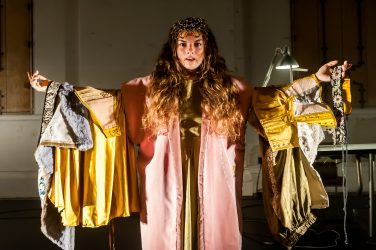