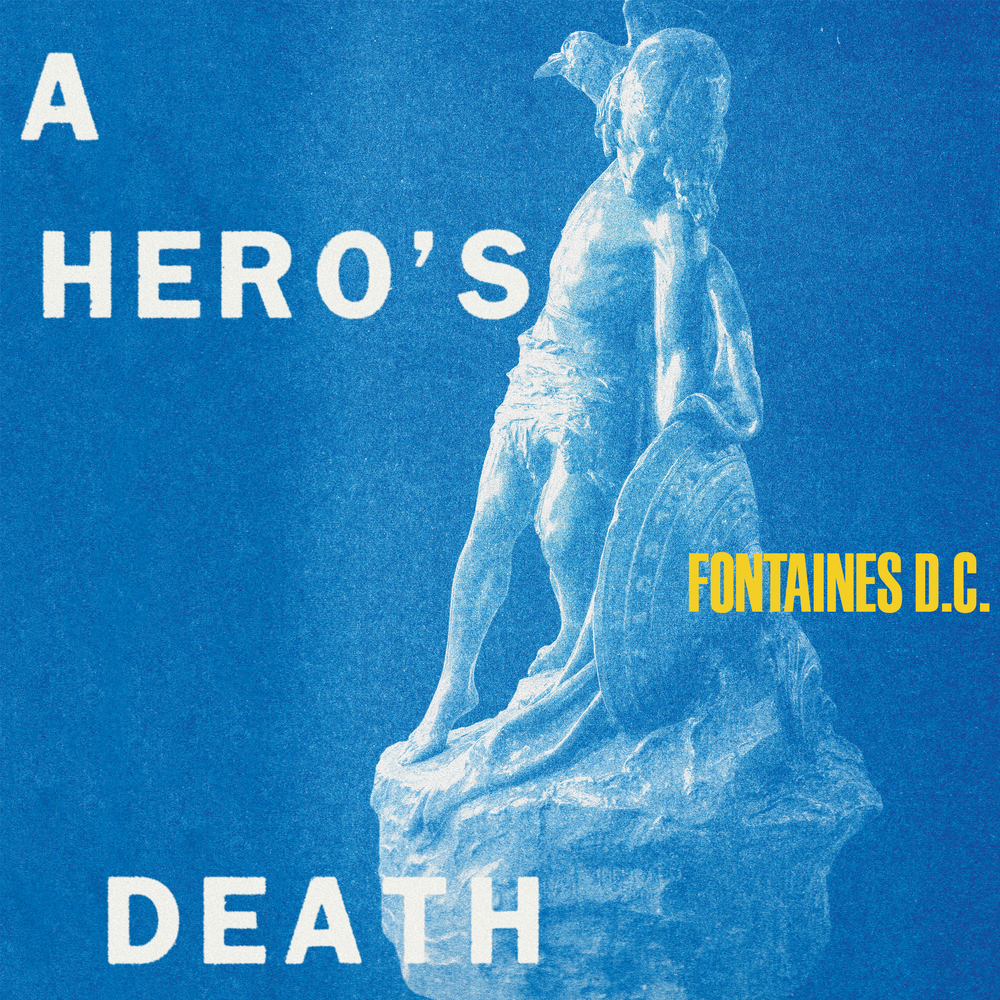 From the title alone, you sense A Hero’s Death will see Fontaines D.C. reevaluating themselves and the world around them. Featuring a few choice references to soldiers and conflict, never taken lightly by those with a grasp of Irish history, the album evinces the band’s growth under the pressures of fame and tour demands.

The title track encapsulates everything your mind would piece together when creating your perfect Fontaines D.C. track. Razor-sharp lyrics, a rattling rhythm and Pop Muzik backing vocals. The album goes elsewhere, though, and it’s for the better.

This isn’t a second album quickly churned out to capitalise on a debut’s success; there’s a development of thought, sound, and processes here. There’s joy and reflection in equal measure. You can join the dots to their influences, but why not marvel at where they’ve gone on their own?

They said it themselves on their first album, but now you really should believe it: Fontaines D.C. are gonna be big.

A Hero’s Death is out now on Partisan Records.

Get about Glasgow – Parks and cycling