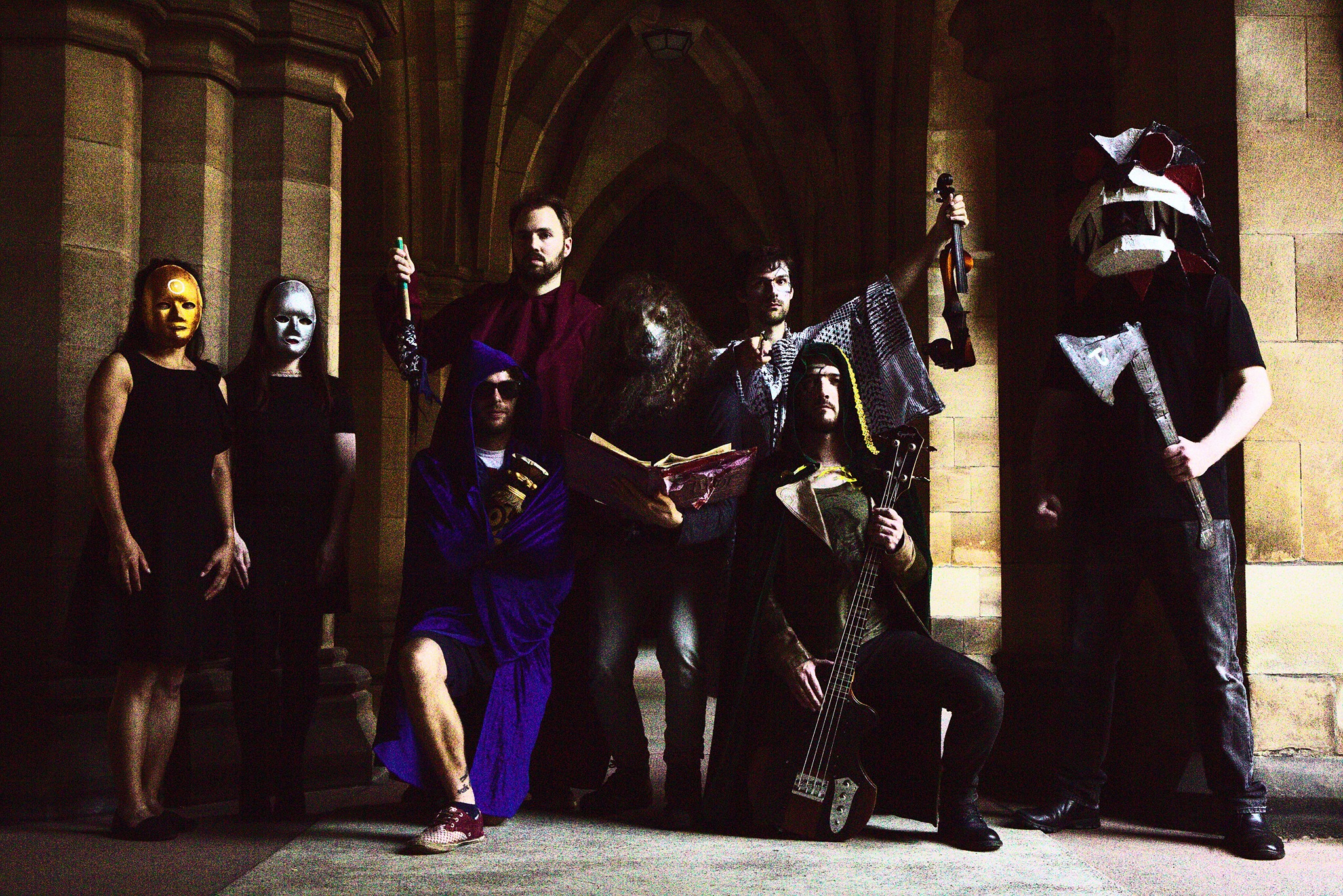 There’s nothing like a Sloth Metropolis show. If you haven’t experienced the band playing live, complete with papier mâché demons, anthropomorphic sloths, and all the ritualistic garb of a human sacrifice in a deliberately home-made aesthetic, then you’ll need to re-think what a gig or a show is.

Each show re-arranges their songs in order to tell a different story centred around the eponymous sloth. Whether the sloth is trying to integrate with the humans of Glasgow, or battling over an all-powerful Denim Axe, every time you see them live is a unique experience.

Their recorded work carries this story-telling ethos and their latest release, Humanise, continues the story of the sloth and the manuscript of a fictional 17th century bard and alchemist called Aengus Rudach (in a previous EP, he was sort of spiritually fused with the sloth – or, he might have transformed into a separate sloth – I’m not sure).

What has really expanded on this record is the fusion of other instruments and styles, with the band moving from their folk/prog roots to encompass some mariachi-style brass and, of course, there’s the band’s trademark shunning of guitars.

Calum Calderwood manages to be both the Jimi Hendrix and the Dave Murray of the electric violin while the rest of the band have managed to convey their onstage tightness straight onto record. There are technically only four songs on the record but one of them, the title track, spans four separate tracks and two sides of the record taking the listener through time changes, two soaring choruses and enough riffs to do justice to the entire mythology the band have built up.

If your local live venue reopens anytime this side of the apocalypse, keep an eye out for Sloth Metropolis playing there and make sure you’re able to take in their elevated version of reality.

Humanise is out now on Bad Elephant Music