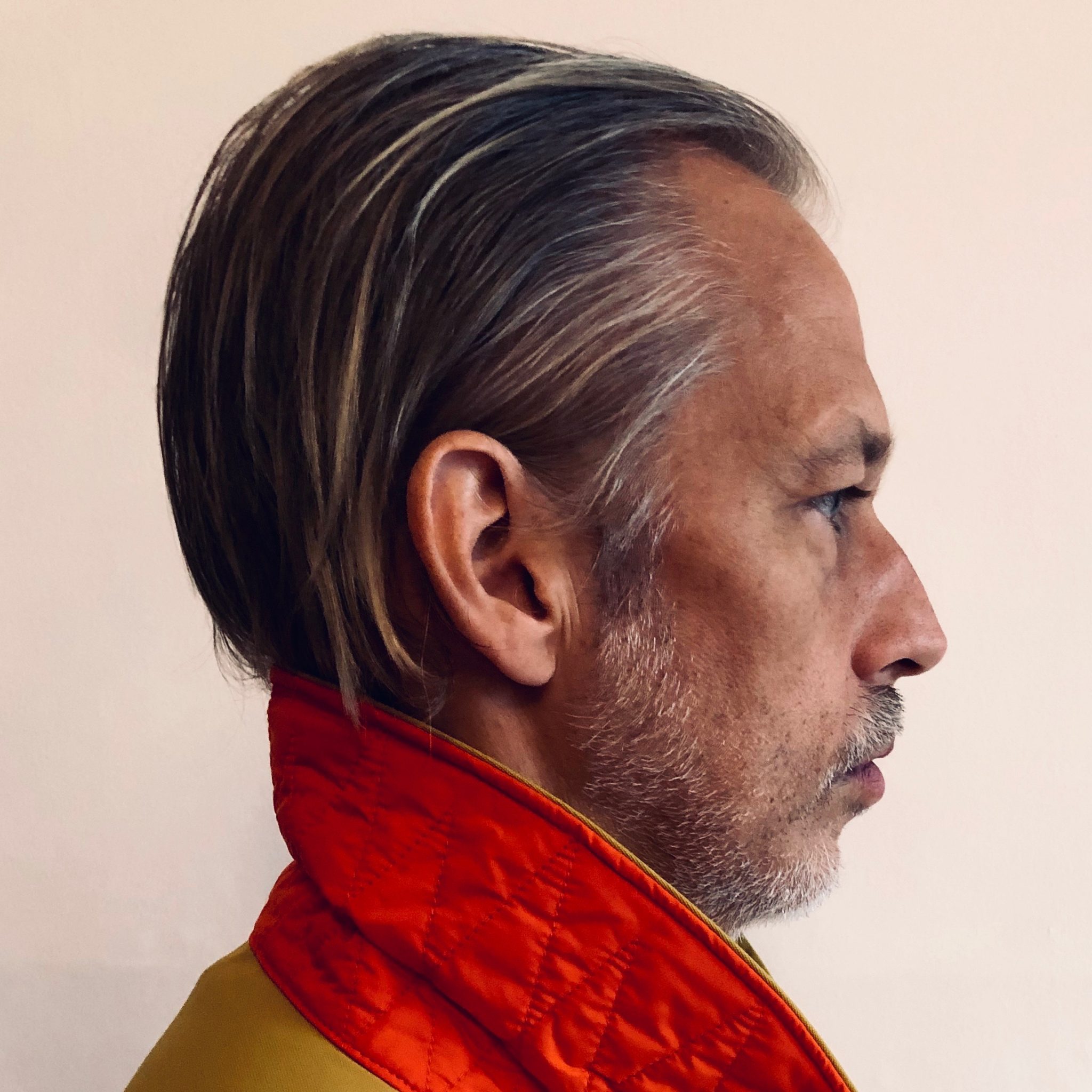 In 1990, ‘Drive Blind’ helped launch the career of Ride, bringing the song writing skills and guitar virtuosity of Andy Bell to the fore. In 2020, it appeared also that Drive Blind had become a questionable initiative on the part of the UK Government, when Dominic Cummings embarked on a road-trip to test his eyesight.

Thankfully, we are focusing on the former, with Bell stepping firmly into the spotlight. SNACK caught up with Andy during the build-up to his debut solo album, and we discussed listening parties, YouTube covers, and cartoon horses.

The album is called The View From Halfway Down, inspired by the (stunning) Bojack Horseman episode/ poem. Have there been many works of art/creative output that have stopped you in your tracks and made you think deeply?

Yes, absolutely …and I do like putting little references to those things into my music now and again.

You’ve said the lockdown changed your plans to make an EP into making an LP. How have you been through the last few months – are you the sort of person to be challenged/ motivated by the restrictions we’ve faced?

I’ve had a pretty OK time during lockdown. We’ve stayed healthy, which is something to be grateful for, and as a family we’ve been going through all the same things as everyone else with young kids, just the whole home-schooling thing and the working from home thing too. I was anxious before lockdown started, because the government was acting too slow, but when lockdown finally kicked in, I relaxed completely and we just got on with life in our little bubble.

While its right to be angry and fearful about what will happen to the music industry because of the pandemic, are you hopeful it will inspire great work from artists?

I’m not sure I’m ready for a COVID-inspired concept album from anyone except maybe Tierra Whack, who did a pretty cool lockdown song.

Opening song ‘Love Comes In Waves’ is the album’s lead track: were you pleased with the reaction to it?

Yeah, I was knocked out by the reaction, to be honest. A lot of it I think was about the video, by [UK visual and psychedelic artist] Innerstrings. There was a heatwave, and the video was very heatwavey and it just lifted the song a lot.

How did you feel announcing the album/dropping the first track? Was there a notable difference to how you’ve felt with recent Ride releases?

Similar in a lot of ways. These days, on that first day, the single is being heard and the album is announced and you’re trying to keep up with all the things going on. In the old days you’d release something and go straight on tour. That’s obviously different this time, but it’s been different the last couple of albums too.

We haven’t done gigs with the first single – you tend to hang back and then do the record stores on the week of the album release. It will feel weird not doing that.

You’ve never been one to hide your influences, and the album blends a lot of styles. Did you set out to make a record that touches on so many of your inspirations, or did it naturally come out this way?

I just did what came naturally.

What are you listening to these days?

Just listening to the new Tricky album at the moment, and liking it. I’ve been listening a lot to Sonic Boom, All Things Being Equal, this summer. Daniel Avery’s new stuff – both his new albums. The bdrmm album, the SAULT stuff, Paranoid London in general.

You’ve said the album is a ‘listening experience’, and it is really immersive. Do you hope people will now find or make more time to delve into albums?

I hope so. I think people might be listening to albums a bit more again. It’s just a feeling, but if that is true, then we have lockdown and Tim Burgess to thank for that. His Twitter listening parties are an absolutely genius idea, one which has put the idea of listening to an album back into people’s minds again after years and years of that being eroded.

It’s funny because we as musicians tend to take a lot of trouble compiling track listings for albums when hardly anyone seems to listen that way. Myself included, on both sides of that fence.

I’ve joined in with a couple of Tim’s listening parties, and to sit and listen to an album feels so alien the first time you do it again. It really hammers home how much things have changed. But there is still a place for appreciating albums that way, for sure. It’s just a skill that’s been lost, the skill of listening.

Do you have a quick take on streaming music or is it too complicated a matter for soundbites?

I’m fully integrated into a life with Spotify now. As a user I see, use and enjoy all the really good things about it. As an artist I wish they paid us properly. I feel like Spotify should be trying to emulate Bandcamp, who have been heroic this year.

Now you have this album under your belt, do you think there’ll be more solo work to come from you?

Yes, I feel that the follow-up won’t be far behind. Now that I’ve started this ball rolling, it has its own momentum.

As the record is your first solo album, we’d like to take a select look through your non-Ride back catalogue. Can you name a better song released in 1997 than ‘Step Into My World’ and do you look back thinking Hurricane #1 [the post-Ride band formed by Bell and others] should have been bigger?

Are there any things you would have done differently with Hurricane #1?

Possibly, but then I wouldn’t have ended up where I am now. So I think maybe it’s best to let it be.

How was it working with Gem on this new record, and do you think you’ll work together again?

It was great! Gem is brilliant, I have no doubt we’ll work on more stuff together in the future.

Did the release of your GLOK electronic material give you confidence to release under your own name?

I don’t know, something kind of clicked with me a little way ago, and I just started to take opportunities that came up, rather than passing on them. It has led to good things. GLOK started out of me getting signed as a composer to a film-score based record company. Initially I put those tracks out one at a time over a period of a few months, to try and get soundtrack work, and nothing happened at all. Crickets! Then a couple of years later I had a call from Joe at Bytes who had found the tracks, figured out it was me, and wanted to put out a cassette of them. It all came from there.

To be honest this is pretty much how everything has happened for me over the years. I don’t have a masterplan.

What was your favourite cover during your Lockdown YouTube recordings?

It was cool working out ‘Wichita Lineman’, which was a request from a mate of mine.

Is there any point in talking about expected/hoped for gigs or is it all just speculative right now?

Ride’s world tour was cut short and we lost a festival season that was going to finish the tour for This Is Not A Safe Place which came out last Summer. It would be cool if we could pick that up in Spring / Summer 2021, but I have a feeling every single band in the world is going to be fighting for those festival slots, so maybe that will be it for that album. I don’t know. We can’t plan for anything yet. We’re going to start making a new record over the winter anyway.

Did the challenges with the livestreamed Ride gig make you feel we’re still a long way off from finding a substitute for ‘proper’ gigs?

When things move forward, are there any artists you would be particularly keen to see or even share a bill with?

Sonic Boom would be amazing, I was a big Spacemen Three fan back in the 80s, and I have been ever since. His new album is cool as well – as I mentioned.

Andy Bell’s solo debut album The View From Halfway Down is out 9th October via Sonic Cathedral. 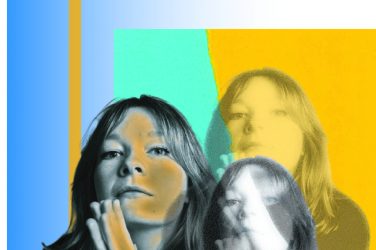 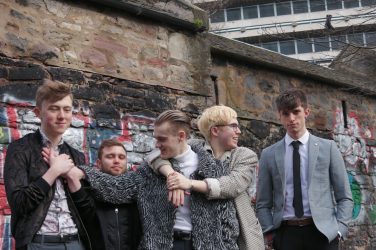