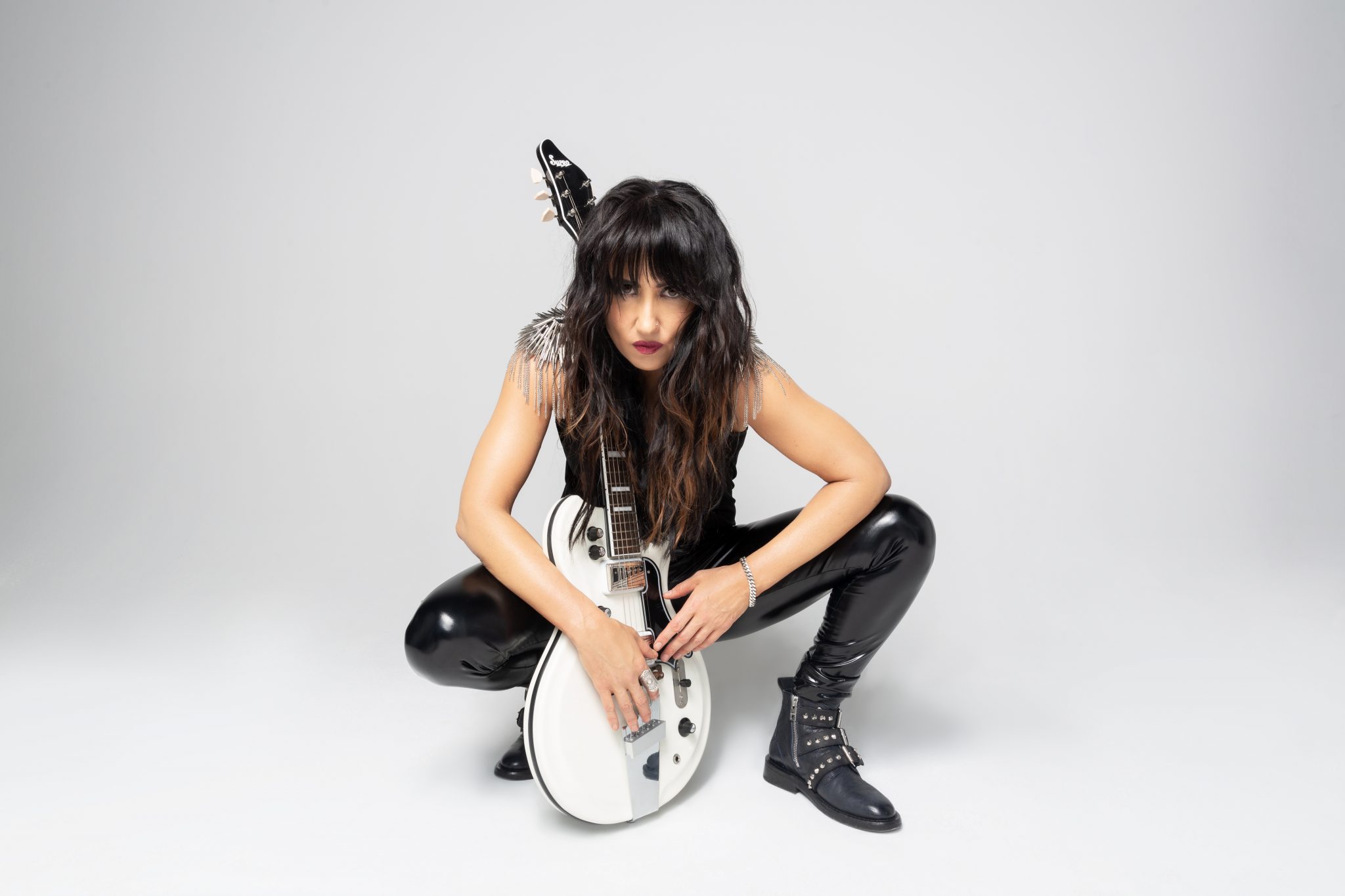 Scottish singer-songwriter KT Tunstall’s sudden blossom to global fame was what some might brand as an ‘overnight success story’. However, the reality is that her success took years of dedication, gigging around Scotland’s grassroots music venues, developing her sound and artist identity. Without the support network of small venues and the incredible teams behind them, in the early stages of her career, you might not be delving into this interview at all. It’s a similar story for almost any successful artist.

Sadly, due to the COVID-19 pandemic, compounded by the UK Government’s disturbingly slow reactions and lack of clarity and guidance in the matter, many crucial arts venues that have nurtured talents such as KT Tunstall, face the prospect of having to close their doors forever.

With Passport: Back to Our Roots, the Music Venue Trust is generating much-needed immediate income for grassroots venues in their time of need. To do this, they’re arranging special one off gigs with prominent artists to take place sometime in 2021, when it is safe to host these.

The gigs will take place when it’s safe for gigs to happen properly, without social distancing. Realistically this is likely to be between March & September 2021

They are asking people to support their favourite venues by making a £5 minimum donation to the campaign.  Everyone who donates will be entered into a prize draw to win passes for themselves and a friend.

KT will be playing a special intimate gig at grassroots venue PJ Molloys in Dunfermline as part of this.

Read our interview below.

How have the last few months been for you?

I’m really lucky. I’ve been touring my arse off for fifteen years and had such a great time. I had two hundred shows planned for this year. It was probably one of the busiest years I’ve ever had. I was going to be on tour for five months with Hall & Oates, and I was joining the Rick Astley tour.

But, at the same time, I’ve leaned into it and I’ve enjoyed having some time at home. I’ve always wanted to spend a bit of time at home and I never have. I’ve not found it hard, but, I guess, just like everyone else, I’ve still had this feeling of dread of what on earth is going to happen next.

As an artist how does the UK Government’s attitude towards the music and arts sector during the crisis resonate with you?

It’s really frustrating because we are in an increasingly corporate lead society. It’s just rampant capitalism. It doesn’t matter what the cost is. If a developer can pay enough for a venue that’s been there for fifty years, then they just buy it and there isn’t any support for the venue whatsoever.

It’s really sad because I think the Government is being completely myopic about how valuable this industry is to the country. It’s worth over five billion pounds to the economy per year. It’s over two hundred thousand jobs. It’s also provided a platform for Britain to be utterly trailblazing on a global scale for some of the best music that has ever been released throughout the ages.

Britain, and Scotland in particular, has always been somewhere that the rest of the world looks to for exciting new music. It’s not going to have that anymore because if there are no small venues, then there are no big acts.

Go fucking retrain yourself, pal! If that’s your answer to an entire infrastructure, ecosystem, and successful business sector, you’re not a good politician.

The Government is there to serve the people and that is not serving people who are highly skilled and have paid their taxes. They have been told outright that they can’t go to work, so as a Government you need to help out.

I was talking about it with Tim Burgess from The Charlatans and he was like: ‘I don’t remember the bankers willfully reaping benefits from society to many people’s detriment, ever being told to retrain.’ They were given bailouts to the cost of billions and billions.

If this had happened when you were starting out do you think that you’d still be where you are now?

No way! The saving grace for young people who are starting out now is the internet. A lot of musicians understand that it’s helpful to be an engineer as well as a musician so they’re able to record and make music at home. They’re all pretty savvy on social platforms also. That wasn’t around when I started out. That direct communication with their fanbase will be their lifeline until venues reopen.

I’ve launched a Patreon account during lockdown. If people aren’t familiar with that, it’s a subscription fan club. It’s about nine quid a month and you get exclusive downloads, backstage access at my events and you can send me mail and I’ll write back. It’s like a direct line to your favourite artists.

I think people are realising that’s what music is about under the current restraints. It’s about a meaningful relationship with the artist that you love.

Historically, political suppression of the arts has seen new music movements evolve. Could you see this happening?

I mean, yes, but at the same time while I’m sure there’ve been times of deep austerity in the country, this is next level. Potential extinction level.

These venues are often really well located which is why they’re the community hubs that they are. Record shops as well. They’re easy to get to and there’s a good vibe around them. That’s why developers are constantly at their heels trying to buy these places and why the business rates are just completely ridiculous.

I think that we’re in a situation where this could be a huge corporate smash and grab where all of these big businesses suddenly see an opportunity to buy up these venues for flats or whatever.

You’ve been a huge support for small venues. From taking part in the Save Our Scottish Venues campaign back in June, to simply being vocal online about the issues faced and the importance of these venues to our society.

I think it’s important that all of us who have made a good living from music acknowledge that we came through that ecosystem and that those venues were absolutely integral to our success. It’s where we cut our teeth, it’s where we got our first fans, it’s where we learnt our craft.

You can’t just walk on the main stage at Glastonbury. You need to learn how to get there. I was on that circuit for ten years. I learnt a lot and I met a lot of good people.

This is a community hub that has huge value for societal wellbeing. This is where bands play regularly, this is where choirs go and play, where theatre projects take place. I just think that these venues need to be given council approved status as community centres rather than just treated the same as your local Primark.

Nobody who is in these small music venues is in it for the money. It’s always a labour of love. A love of music. A love of musicians. A love of the lifestyle. It’s hard work and these venues have never asked the Government for help but they are literally being told that they cannot open. Many of them are so small that there’s no way that they can conduct business with social distancing.

The Government is not seeing the devastating outcome of this because without these venues, without these bands and without the comedy clubs, Britain is not a fun place to be.

We’re excited to see that you’re taking part in the Passport: Back to Our Roots project which in partnership with Music Venue Trust is raising funds for grassroots venues. Tell us a little bit about the initiative.

It’s a really genius idea. It’s like a raffle. You pay a minimum donation of a fiver and you’re put into a draw to win passes for you and a friend to see an artist play live at their chosen venue.

Dates are yet to be confirmed but the aim is to host these gigs between March and September 2021. Obviously, there’s only a certain amount of people that can fit into these venues because they’re wee. So, not everyone will win a pass. However, the great thing is that just by entering, you know that your donation is providing vital life support for these small venues.

Why did you choose PJ Molloys for your Scottish gig?

I chose PJ Molloys in Dunfermline because I’ve actually never played there. I just thought how cool to go and play somewhere that I haven’t played before. As well as getting to go back and do something in Fife, I’ll also be playing The Windmill in Brixton.

How would you describe the magic of playing a small venue in comparison to large scale venues?

It’s like getting an invitation to a private party. It is more like being in a house party than at a gig because you can see everyone’s face. You can talk to everyone. If there’s a quiet moment you’ll hear someone fart!

You can have amazing times at huge festivals and arena shows but there’s nothing like the up close and personal experience of a small venue gig.

A lot of big bands are now terrified of doing those smaller gigs because of the intimacy. If you’re a big act that’s used to pyrotechnics and huge production, you can’t have that. It’s just about your personality and the music.

Finally, what message would you give to small venue owners and their teams of bar staff, engineers, bouncers etc who see the lack of support coming their way and might be thinking (or forced to) of packing it all in?

First of all, I would say please don’t think that you’ve been forgotten about. Even though it must feel like that right now.

People like me are grateful for the hard work and incredible skills that the teams behind these small venues offer. It’s sheer hard work and dedication that has led to learning such an incredible craft. So, please don’t think that you’ve been forgotten about by us.

We’re going to do what we can to keep shouting and keep pushing to get the crew, the freelancers, and the venues as much support as possible.

Entry for the Passport: Back to Our Roots prize draw for the chance to see KT Tunstall at PJ Molloys in 2021 closes on Monday 26th October.

Enter the draw to help support UK grassroots venues and be in with a chance of seeing KT Tunstall play at PJ Molloys, Dunfermline, in 2021

If you’re reading this then it’s probable that, like us, you’re desperately missing gigs. ...