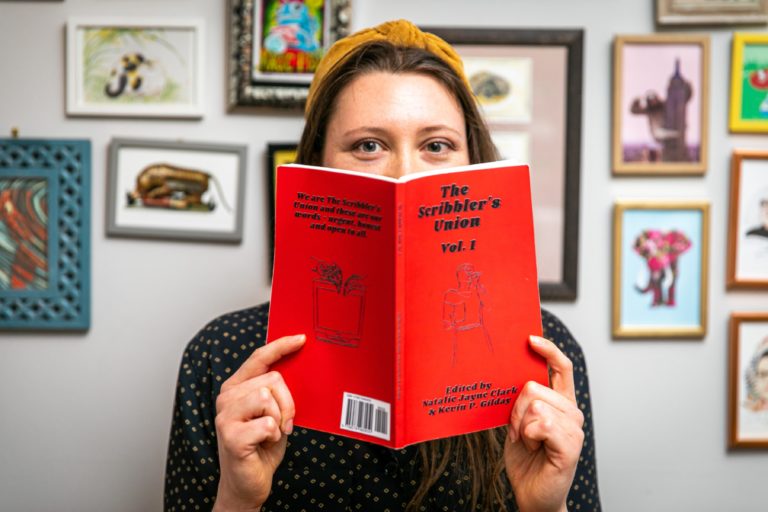 The last year has proved taxing for everyone as the boundaries between our leisure spaces at home and work spaces became blurred. Finding the motivation and creative energy to work on our own passion projects was, for many, difficult as we felt the burnout that comes with working from home.

But many artists, writers, and other creative folk sought to build online spaces where people could be social with other like-minded artists, and find the encouragement they needed to keep on going. One such space is The Scribbler’s Union, run by Kevin P. Gilday.

Kevin founded The Scribbler’s Union during the first lockdown: ‘I was looking for a way to put my skills to good use and create some connection between people I knew would be feeling isolated by the circumstances. I decided to start a series of workshops with no real plans as to what we’d do next or where it would lead. Now here I am, a year later with a combined total of 30 students – all part of an amazing community.’

As writers first started to take part in workshops, Kevin says they were reticent to share their work. They were all faces new to each other, and there was the added disconnection of meeting strangers through a screen. It seemed that no one really wanted to take up space, and many students seemed to feel that they weren’t good enough to perform. So, there was a desire for the workshops to build confidence as well as writing skills.

Natalie Clark, who helped put together the resulting book, says that the 30 students are all now very close with one another, which is down to not only sharing poetry, but pieces of themselves, too. Kevin says: ‘Our most recent showcase featured some exceptional performances from people who had really bolstered their confidence through their hard work. It was incredibly gratifying to see the process.’

Each session consists of Kevin teaching a new form, element or device of poetry or performance before providing examples of these elements in use, and challenging the Scribblers to write something themselves in that style. After the challenge, Scribblers can share their work and have it peer critiqued. Sessions usually end with open discussions about new pieces for their upcoming performances, and they also hear first drafts and share more feedback. ‘In between there are lots of bad jokes and dirty laughs,’ Kevin adds.

Natalie says, ‘the structure remains the same in the latest session as in the first, just that we are all much better poets than when we started!’

Both Kevin and Natalie have seen massive improvement in the Scribblers – Kevin hails it as remarkable. He believes the quality of work being produced by the Scribblers is a testament to the new tools they have as well as the confidence gained from workshops.

Natalie has even seen a difference in her own attitude towards writing thanks to the union: ‘I have never consistently written but I have written on and off when I felt like it, when inspiration called or catharsis was required. I now write almost daily, and not just poetry. Not only that, I have now complete confidence in my own performance skills thanks to Kevin’s scaffolded approach which developed my comfort in using my voice and performing to others bit by bit over the sessions.

‘I came second in my first ever poetry slam in January this year! I can’t speak for the other members, but I know they have had similar profound journeys in unearthing more of their raw performance and writing talent.’

In February of this year, Kevin and Natalie released The Scribbler’s Union Volume 1, a collection of poetry written by the Scribblers over the last year. The pair worked with writers directly to discuss the language used in each piece, and they worked to draw out the best elements of every poem. Along with the editing process, Natalie enjoyed listening to each Scribbler talk passionately about their work and the messages they hoped to convey. ‘Collating 28 poets’ work was a challenge, but an enjoyable one.’

Kevin says, ‘it was a really fulfilling process. We got to look at each piece in detail, providing editing notes and guiding it to the final draft that appears in print. Once we put it all together we realised just the level of talent involved. One great poem is a beautiful thing but a book full of different voices is something else entirely.’

As the group is geared primarily towards performance poetry, Natalie found that some poets needed advice on improving the performance piece to be translated to the page; sometimes all that was needed was some spelling or punctuation tweaks. Other times, attention was brought to what made a piece a performance piece, so the style of the poem itself had to be edited. Natalie and Kevin also wanted to make sure that each Scribbler received the kind of feedback that supported each individual best.

Now that the first volume of poetry is out, the group is taking some time to enjoy the newly published feeling. There are no immediate plans to publish a second volume, and Kevin is eager to make sure his students feel minimal pressure in their creative space. Whenever the group feels ready once again to capture their work on page, they will be encouraged towards that.

As for solid plans, the Scribblers can’t wait to meet one another in person when it’s safe to do so, as many only know each other virtually. They are also eager to host in person performances in venues.

According to Kevin, being a member of the Union is about community, connection, and sharing – it’s being a part of a collective and helping fellow Scribblers flourish. Natalie says being a part of the union has meant ‘you have had the incredible Kevin P. Gilday as your poetry mentor for nearly a year, that you’ve benefited from over 80 hours of his teaching, support, and feedback, that you’re part of a beautiful collection of kind and wonderful weirdos.’

Members of the collection do feel enriched for being a part of it: Scribbler Katie McPeak says, ‘The Scribbler’s Union has been a great source of community during this isolating time. It has given me the opportunity to develop my skills in a nourishing environment and meet like minded creatives. ‘Our weekly meetings have been the highlight of lockdown and I’m so grateful to Kevin for bringing us all together!’

Scribbler and fellow SNACK writer Ross Wilcock says, ‘It was an incredible and well needed experience working with this group. We went from people who didn’t know each other and some who hadn’t written anything to being really close friends with a published book.

‘I wouldn’t take any moment of it away and I hope to continue to socialise and work with these people in the future, and I can’t wait to see where they all go.’ 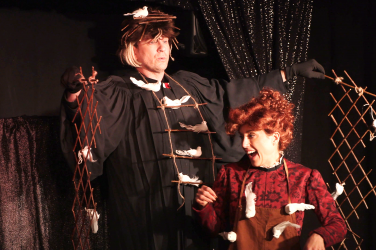 You will recognise Tom Lenk, best known for starring as Andrew Wells in a ...