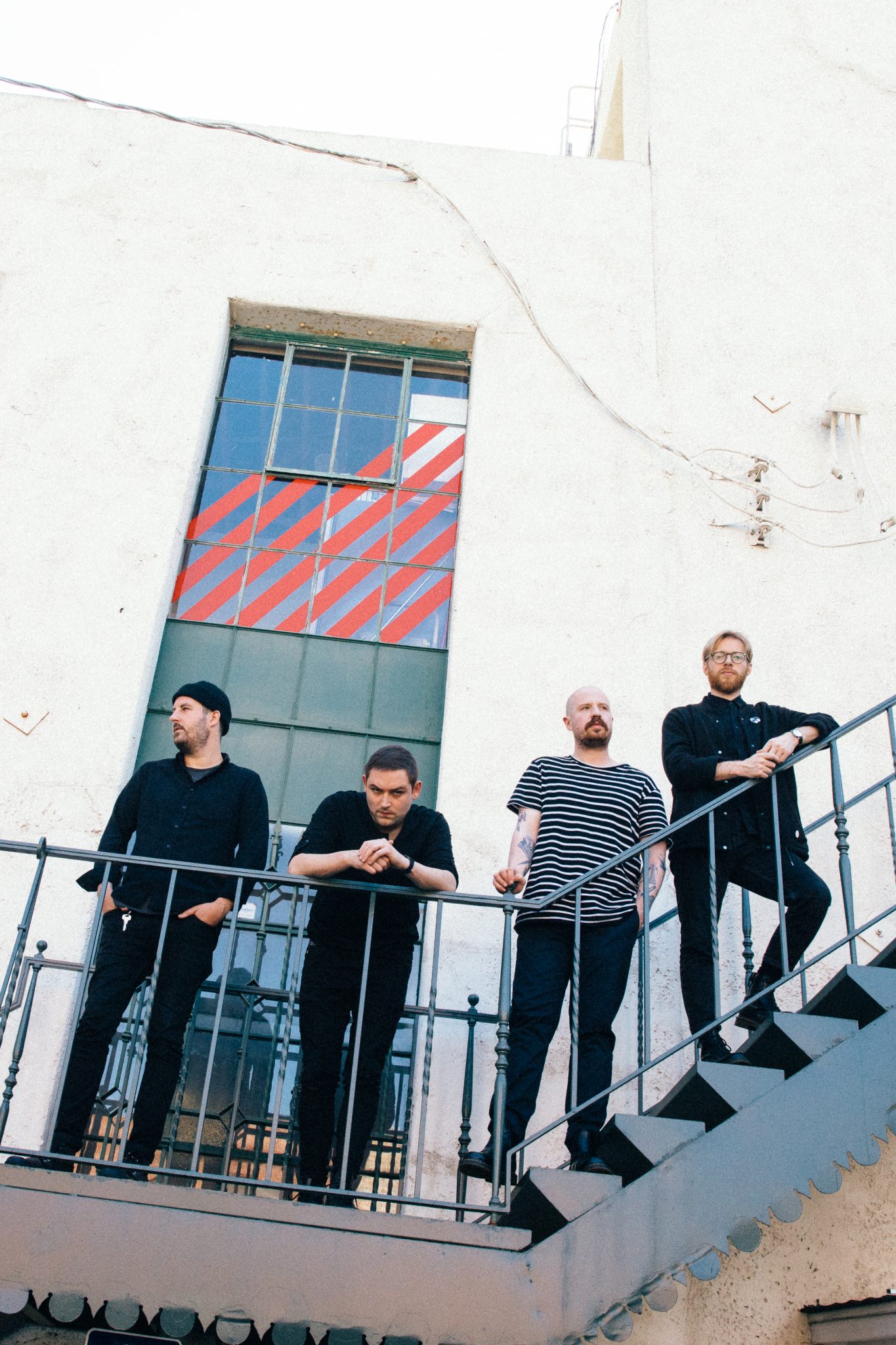 Not so long ago The Twilight Sad were openly questioning their place in the world, with singer/lyricist James Graham openly asking the question ‘does anyone actually want a Twilight Sad record?’  Times Change. Not only are they back sounding more self assured and more ‘Twilight Sad’ than ever but It Won/t Be Like This All the Time is one of the most eagerly awaited releases from a Scottish band in years.     It’s an album that’s sure to find a long term home in the hearts and minds of many, an intensely personal and immersive 46 minutes of emotionally raw and affecting music.   We caught up with James Graham at the tail end of 2018 as he was looking forward to some quiet time with his son, before the storm of the new album release. 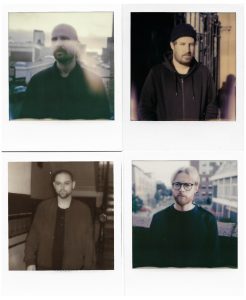 I think you’re right there, it’s got the most energy of any of our records. It’s a pretty driving album as well, we wanted to hone the energy of what a live show would be for us and for us and to really enjoy playing these songs. Not that we didn’t enjoy the old songs, just that we felt we needed to bring a different energy to this. There’s still some noisy guitar in there and there’s synths from previous records, but as far as the writing goes I think it might be the most direct thing we’ve ever done. It’s still weird in places and it’s still pretty dark in places, but there’s some hope there as well, I’d like to think. I think that it’s one of those ones, like all of our records, where the more you listen the more it develops for you. I found that even from writing and performing it, as the songs go on, that I’m understanding more.

There are moments where it takes a bit of a step back, to almost Cocteau Twins territory with ‘The Abor’.

Glad you noticed that, Cocteau Twins are one of my favourite bands and they come from about 30 minutes up the road from us as well. They’ve been one of my favourite bands since I started getting into music. When we were on tour with The Cure, Robert had them on his pre-show playlist for people coming into the venues. We heard that every night and it kind of sunk into us a bit.

How was it for you, touring with The Cure?

Well you know how you have expectations of something? First of all I was thinking ‘Holy Shit! This is ridiculous that we’re being asked to do this’. You have expectations, that it will go this way or that. He blew all of them out the water. We’ve been on a lot of support tours over the years, sometimes we’ve been treated great, like Mogwai have been amazing to us and still are. Then there have been some tours where we’ve been the support and sometimes you feel like you’re, I don’t want to say a nuisance but something like that. You’ll get your soundcheck when you get it, that  kind of thing. But with this, Robert made us feel like we were an integral part of the tour. He gave us 45 minutes a night, which for a support band on that level can be unheard of. He made sure we got our name plastered around the arenas so that people could see who we were. He looked after us so much and made sure we had the best opportunity to play our music to people who didn’t know us. Plus he watched us from the side of the stage every night, asked to see our setlist every night before the gig to see if there was a song we hadn’t played the night before. He was the nicest most generous person I’ve ever met. People say, don’t meet your heroes, that couldn’t be more wrong in this case. He’s now become one of our good friends and he gives a shit about us, which is amazing.

Do you feel like there’s a lot more people who give a shit what you’re doing now?

Yeah, from doing the two tours recently and going out to speak to people after the gigs, I can see now that people are opening up to us quite a lot. Within the music, I speak about my problems and people see that and wanted to tell us that it helps them. It’s quite a lot to take on but it’s amazing that the music that I write to help me is helping other people. That’s not something that I thought would come with being in a band or anybody would even give a shit that much, but it’s an amazing thing. There’s a group of fans that are becoming friends through our music, meeting people and travelling the world with each other to see us. We write the music for ourselves but knowing that all that’s going on just blows your mind. Sometimes when you’re having a down day and you’re maybe not feeling so good about yourself, it helps you get through the day sometimes. 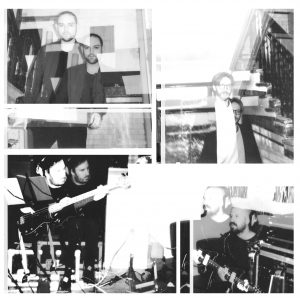 Can you tell us a bit about how you approached writing the lyrics for this album?

I tried to approach it the same way that I approach anything, that I’m only going to write if I have something to write about. With this one I think I’ve been more direct with my lyrics. In the past I’ve used metaphors a lot, and I’m proud of that because I didn’t want people to know the subject matter I was talking about, and still don’t. But with this, something inside just said ‘You’ve got to talk about your problems, show people what’s going on and how you’re feeling’, because it’s quite a Scottish thing to keep it all inside and just get on with it. I don’t like that. I’ve seen it in other people that I’m close to and it does no good for them at all. I knew it was going to be pretty tough to say some of the stuff that I was going to say.

My family still haven’t heard the record, so I’m quite terrified for them to read how I was feeling at the time. But if I didn’t do it then it would burn away inside me and, as a guy who writes songs, it’s a cathartic way of getting things out. It felt like I’d be doing myself a disservice if I didn’t say how I was feeling. Not that I was trying to hide behind anything before, but this time I felt ‘Just just say it and if it’s wrong, just say it for yourself.’

Are there lines within the album that you feel define or encapsulate what you’re trying to say throughout?

Aye, there’s a few different themes within the record and there‘s still some stuff that I don’t want to put out there yet, for the sake of other people more than me. But at the same time, I definitely didn’t like myself too much a lot of the time when I was writing the record. I was given the music by Andy for ‘I/m Not Here [missing face]’ and I was listening to it while I was driving the car. A lot of the time that’s how I write my lyrics and melodies, just driving in my car. In my head I was saying “Why do you do this, why do you do this to yourself?” and that just kept on going round.   I sang it and it just fitted. It’s a question that I ask myself a lot and I beat myself up quite a lot. I think that quite a lot of people do that, over nothing sometimes. But I think for me those were the lines, why is the self loathing happening?

There’s a song called ‘Girl Chewing Gum’, the lyrics scare me and they’re probably going to scare people who know me, but that’s back to back with a song called ‘Keep It All To Myself’. It’s like if I don’t say that and keep it all to myself, then it’s that typical Scottish thing again. There are a lot of songs that are linked together and if you were to listen to the lyrics you can hear that songs are part 1 and part 2 of the same thing.

Is it right that Andy deleted the album at one point?

Aye, it is. He did that without telling me. We’d written about 75% of the record and he decided he wasn’t happy with the music, that it would be a perfectly fine Twilight Sad album but we couldn’t settle for that. So he went away and deleted every bit of the music and just kept my vocals. Then he wrote the music to follow my vocals, which is different cause we usually do it the other way round. I think that possibly when you said it’s the most direct record, that might have something to do with it. He didn’t tell me, he sent an email saying don’t freak out, listen to the demos, you’ll recognise the songs, just have a few listens before you judge them. You know what it’s like when write you something and your ears get used to it? It doesn’t necessarily mean it’s for the better, it’s just what you’re used to. So when you hear something completely different you’re like, Woah. I’d say after the first listen I was thinking ‘this feels important’, it felt like he completely got what I was trying to say.

You sold the Barras out in what, 15 minutes?

I remember getting the phone call telling me that, I still can’t get my head round it. The last time we played there was one of the defining moments for the band. We sold it out that time as well and the energy in that room was amazing. Now there’s more weight on what we do, I feel that the gig itself is going to be something else. We played The Liquid Rooms recently and that was one of the most intense nights we’ve ever had. That was The Liquid Rooms and we all know what the Barras can do. I’m excited but petrified at the same time.

It Won/t Be Like This All the Time is out now on Rock Action Records.

It Won/t Be Like This All The Time, Live is out now via their Bandcamp on a pay-what-you-want basis. 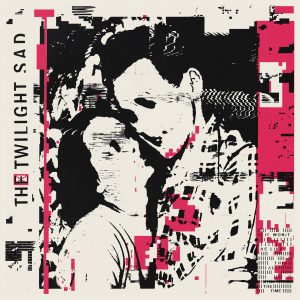 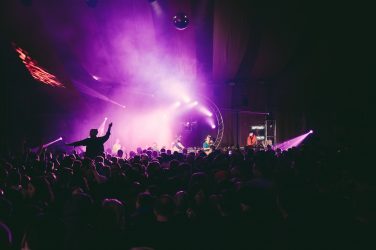 As the rain poured, and Optimo’s home-grown brand of electronic music echoed around the ... 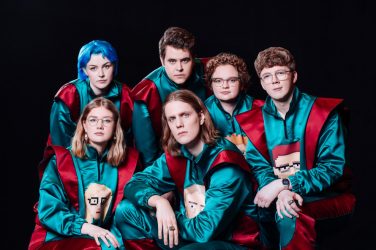 I’ve said it before: Eurovision is the gay World Cup. The biggest party in ...