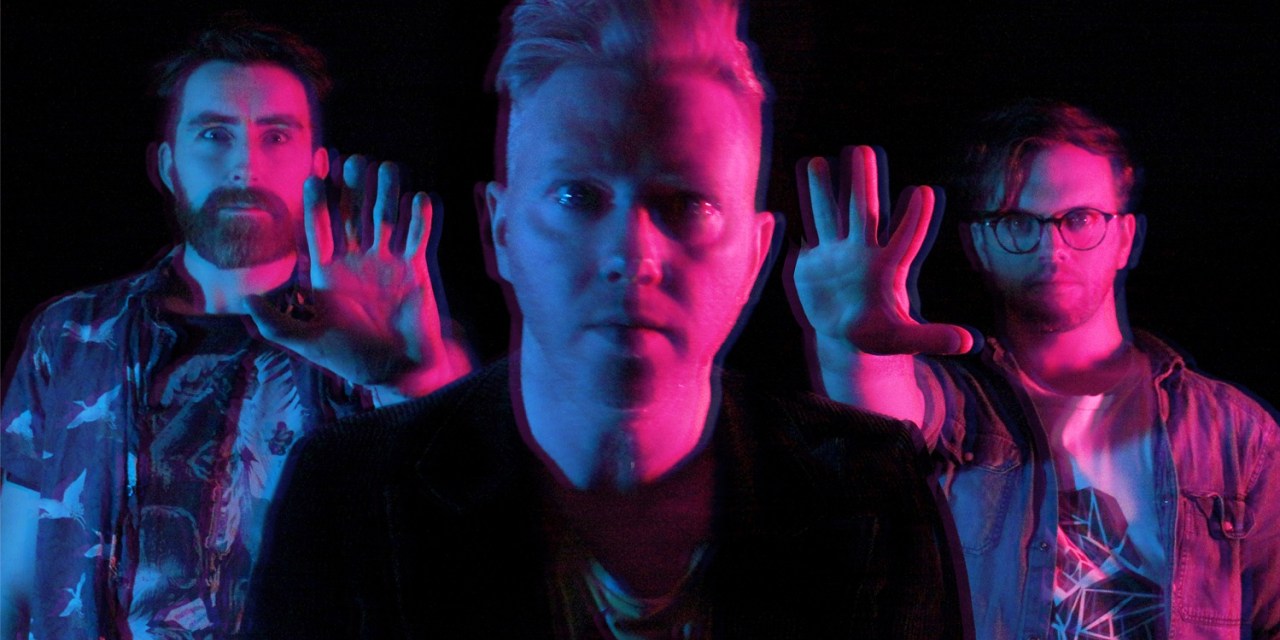 When we catch up with Cammy he’s just nipped out of band practice to chat. They’re preparing for an intimate set at Some Great Reward in Govanhill.  It’s a tiny space and the album has so much going on in it; I ask him how they’ll go about stripping things back to fit that type of space.

‘Yeah, the funny thing is, this album Skinny Tricks, my original idea for it, it was meant to be a much more basic album, in terms of how many tracks we used on each song.  I wanted to make it quite straight: bass, drums, guitar, some samples, a vocal and not much else. As we started putting the record together it became more and more out of control and dense.’

‘We’ve got all the brass and weird samples in the samplers already.  For this gig Chris is just playing the samples. I’ve got this small Korg keyboard that I’m plugging into a tiny pretend Marshall amp.  Raindeer, the drummer, will just play this one floor tom and a tambourine. It’s different from what we do live normally but it’s pretty cool.’

I mention to Cammy that when I was listening to Skinny Tricks for the first time it reminded me of when I first listened to the Superorganism album.  I had a similar reaction with both albums, thinking ‘Wow! There’s so much going on here! How do I start making sense of it all?’.  That’s interesting, I was quite into that album at the time of making Skinny Tricks.  I’ve a friend that said she was a bit taken aback when she first listened to the new album, she found it to be like listening to a piece of abstract art, but when she listened to the thing as a whole she found it made more sense.

Towards the end of the album… there’s a point when there’s an explosion and the song dies away… all the chaos all falls away.  The idea is to get the listener thinking, ‘What the hell just happened here?’. Hopefully they’ll enjoy it and go back again and start picking up the little pieces.’

‘I wanted to recreate the idea that everyone is just constantly documenting their lives via Whatsapp videos and things like that.  There was a point when I was constantly getting videos from friends. I had the idea that it might be good to start sampling these and then turn that into a loop or a synth chord and to build something from that.  Once I did that with the first song I quickly realised that I wanted to do that for the rest of the album.’ It was only after the album was complete that Cammy realised that he wanted to make sure his friends and family were ok with featuring on it: ‘The thing is, the samples are so warped and so manipulated that it comes to a point where you can’t really decipher what’s going on.  One friend was a bit disappointed that he couldn’t really hear himself on it.’

‘My mum got a surprise when I told her.  There’s a point in the last song where you can hear a loop of her whooping.’

When we get to talking about themes and stories, Cammy says that he generally doesn’t like people to know exactly what the lyrics are to some of the songs. He’s more into the idea of people building their own meaning from the music. That’s understandable and if an artist decides to bury a difficult lyric under layers of sound, then that’s part of the story too.

Cammy explains that he was writing this album he was on a bit of a downer, it was all about the breakup of a long term relationship.  He’d just finished the second album Evertt Trap and found it a ‘wee bit sad’ and after that, in terms of songwriting, he wanted to get away from writing typical Mitchell Museum songs.

‘I wrote ‘Freakbeak’ for my brother’s birthday and I wrote it in a different persona that I ended up calling ‘Flog’. I thought if I did that, it would help me get out of the trap of being stuck thinking I was writing a Mitchell Museum Song.’

He gave it to his brother, Raindeer, who really liked it and asked why they weren’t playing it:  ‘Why don’t you write a load of Flog songs for the new album? I really like the way this sits.’ So that’s what he ended up doing.

‘I was thinking a lot about mental health, because while I wasn’t in a bad way, I was feeling quite anxious. Years and years ago when I was a teenager I had a manic episode.’

‘Reflecting on the anniversary of a mental breakdown inspired me to write about the journey of that period of illness ... I don’t want to give it all away, but I was trying to put that into music.  For example ‘Footsteps 101’ is about when I came out of hospital and I couldn’t remember how to walk properly.  I could walk but I couldn’t walk normally and there was a point when I was asking my brother if he could show me how to walk like a normal common person.  I remember very clearly watching my brother and trying to emulate the way he was walking.’

Mitchell Museum will release Skinny Tricks on 15th May via Scottish Fiction.   The single ‘Freakbeak’ is out now.  ‘Footsteps 101’ will be available everywhere digitally, and on 10″ eco-brown vinyl with download code and bonus remix, from 17th April.

Listen and buy the single.