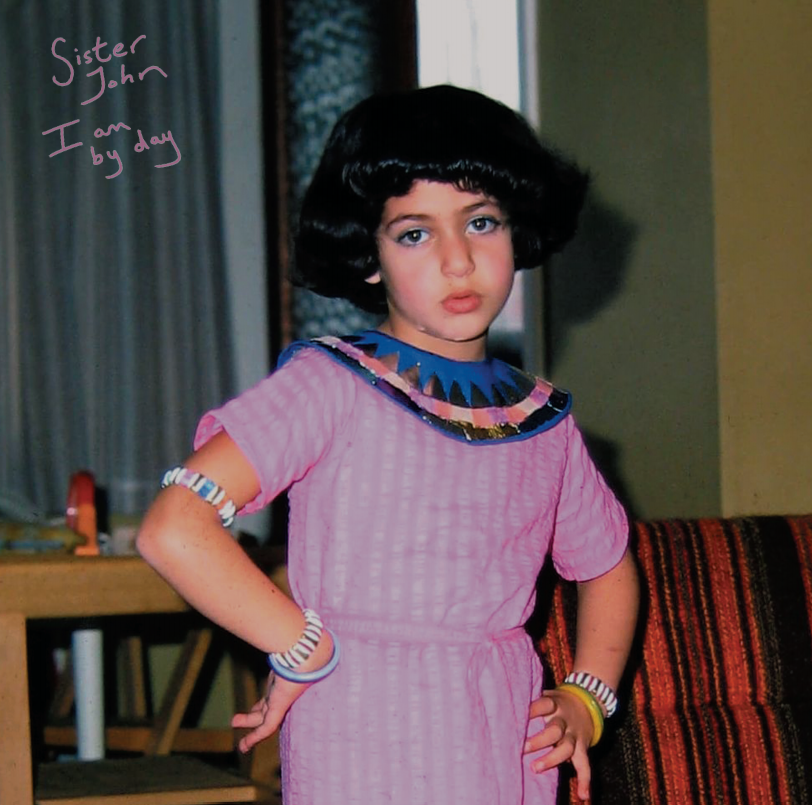 We caught up with Amanda McKeown and Jonathan Lilley of Glasgow band Sister John to find out more about their excellent new album I am by Day, out now on LNFG.

It’s an interesting time to be releasing music. When did you start writing the album, I Am by Day? Can you tell me about that and the process of pulling it together?

Amanda: It was written before lockdown actually, mostly with a couple of exceptions. Usually I write alone and then bring the songs into the band and then we can work out the arrangement together. It’s the reason why we have a variety of sounds, because I’m lucky enough to play with Heather, Sophie, and Jonathan who all play multiple instruments.

We were able to do three songs that way before lockdown hit, and then that was it, basically. The rest of the album was pretty much put together by me and Jonathan during lockdown – we live together. Then we had that little respite last summer, in July where we were able to meet up with Heather and Sophie and get their parts down.

Then it all shut down again and we were, again, kind of trying to piece it together.

Do you think that producing the record in that way had an effect on how the sound came together, in particular with the drums?

Jonathan: Like Amanda said: we live together so we can demo a lot of things at home. Actually our very first album, the majority of our stuff – bar drums really – I recorded in our flats.

We were starting to use the synth more. We weren’t using it for typical synth sounds, like big washes of sound, it was really just little odd noises, little repetitive samples and beats that we were using it for. So, that dictated a lot of the rhythm.

We kind of just stuck with them. Some of them we felt were place keepers for real drums but quite a few of the songs ended up just with the electronic ones.

Do you have a song that you feel ties the album together or sums up its feel or message?

Jonathan: For me it’s one of the quieter songs on the record, ‘Died Down’. I like the gentle little step aside that it takes within the album, rather than anything big and in your face, like maybe a couple of others are. ’Died Down’, for me is a beautiful thing.

There’s that line, ‘I did two things today to make me feel productive’. And I think that’s been a big challenge during lockdown. Can I write something worthwhile and feel like there’s a point to it? So I think there’s a real poignancy in that line.

Can you tell us about the cover artwork?

Amanda: The name of the album is from a poem that I was obsessed with when I was little [‘Mrs. Brown’ by Rose Fyleman]. It’s about moving in and out of your emotional history. There’s a line in the poem: ‘The little girl I am by day goes very suddenly away’. I just like that idea of kind of slipping in and out of your emotional history as an adult. There’s songs on there that change time and place, remembering certain emotional events in my life.

The two covers are photos of me from when I was a child and they were both taken by my dad, who was an avid photographer. They are quite similar. I’m in a similar pose, hands on hips with my ‘look at the camera and smile’ kind of pose.

I like the idea that there are two: one is taken in Egypt, where my dad’s from, and the other is Glasgow and I’m dressed up for a fancy dress party. I like the duality of that.

One song on the album, ’What I Want’, really stands out. In sound and structure, it’s very distinct from the rest. Can you tell us a bit about that track?

Amanda: That one actually was a lockdown song, it was one of the later ones that I wrote and actually wasn’t going to go on there. I was just playing about with the synth that I had got the previous year.

I have always loved songs that you can just dance about to in your bedroom or in your kitchen – into a hairbrush or whatever – and own them. I think girls and women in particular have this sort of challenge in their life where they often suppress themselves. It resonated with being a girl and sometimes not really being explicit about what you want and owning that. Just that message of being free to say ‘there’s stuff I want and I’ll do them’ – it’s really as simple as that.

Jonathan: There are two things. One is, I think it’s indicative of this album, being very different to our previous two in that it’s quite riff-based. There’s lots of cyclical songs on this album, whereas only one song on the second and none on the first had that.

So, I suppose there’s a cyclical theme with some of the songs that’s quite identifiable to this album.

The second thing is, we could easily have left that off, because it maybe it wasn’t stylistically like the others. But actually I think a lot of the albums that we grew up listening to were like that: The Beatles White Album or Revolver, I could go on. An album was about the diversity and different themes and you could go off and really flex those muscles and show what else you could do, rather than the current way which is about a band having one sound and they do it over 45 minutes.

I Am by Day is out now on LNFG. Sister John will play joint gigs with The Bluebells at the CCA on 11th and 18th December

Things to do: Autumn in Fife