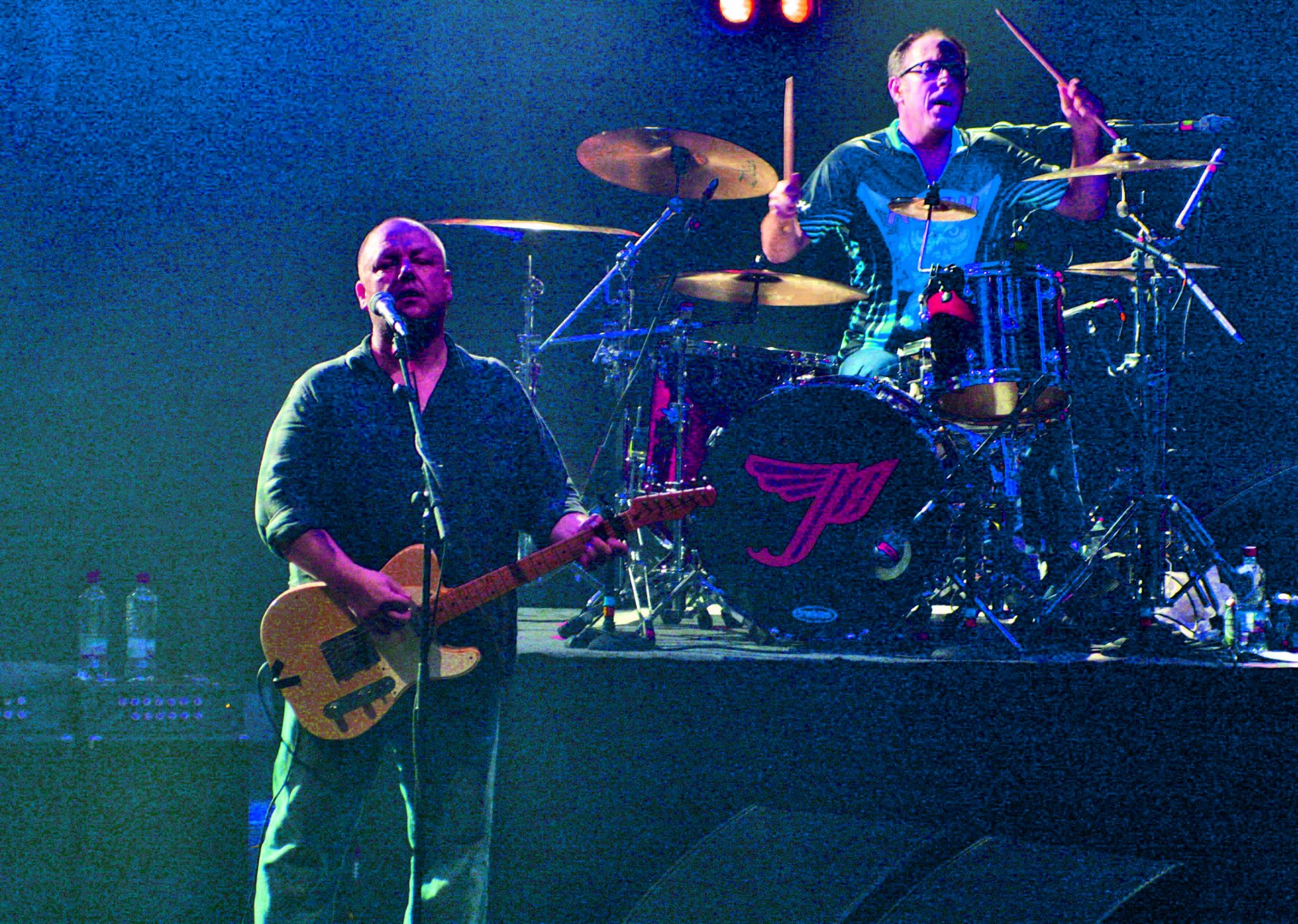 News that a band is set to play their freshly released album in full is often a disappointment for gig attendees. However, with new album Beneath The Eyrie taking up less than one-third of the Pixies set, there was never any danger of these tracks overpowering the night.

The new album is not as bad you may fear but not quite good as you would hope, but the songs fit seamlessly into the two-hour jam-packed set. Of course, with so many songs on the setlist being the soundtrack of peoples’ lives, the music that matters most, the fans weren’t here for the new material.

You also don’t come to a Pixies show for sparkling wit and chat, the only deviation from song after song is when Joey Santiago stretches out with some cool posturing and guitar histrionics near the end.

Whether you prefer the permanent coolness of Here Comes Your Man, the dual melodic hit of Wave of Mutilation or the adrenaline rush of Debaser, Frank Black may be ageing, but he hasn’t lost his power or drive. Even in a set of close to 40 songs, the fact that the band couldn’t play every “hit” or songs people were crying out for says more about the groups’ legacy and impact than any review could hope to capture.

The Pixies live show continues to be everything you’d expect from a group of their stature, but it also never fails to move you to a different time and place.

Despite the current coronavirus pandemic, The Scottish Album of the Year Award, always one ...