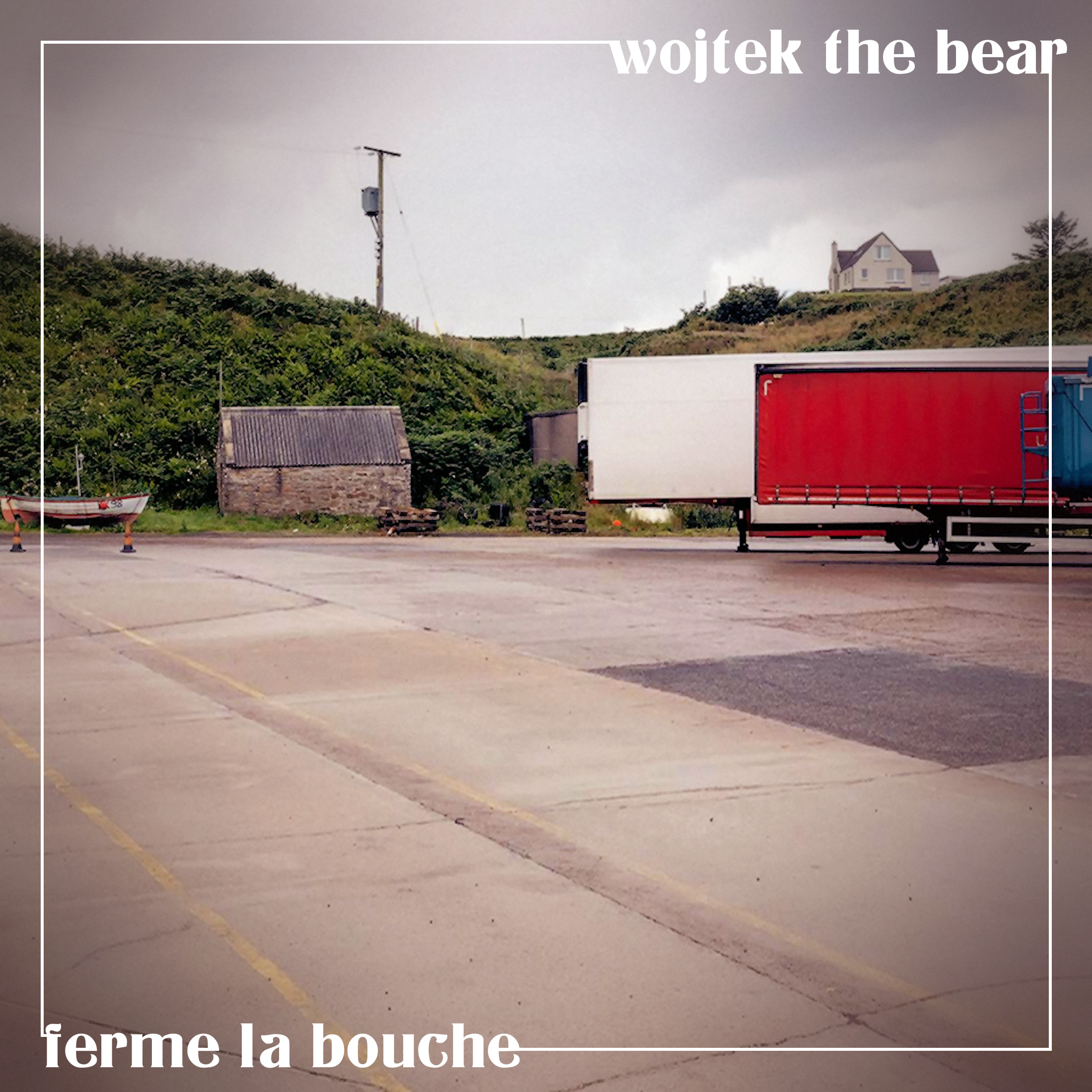 Glasgow based band wojtek the bear’s latest single ‘ferme la bouche’ is a sunny-sounding, 90s-tinged offering, with the band’s signature guitar sound pepped up with lively strings and brass. A slight change in direction for the band sound-wise, this release seems perfectly timed for longer days and warmer weather.

In this, the band’s first single to be released with independent label Last Night From Glasgow, the upbeat sound counters much darker lyrics about getting comfortable and losing yourself in a toxic relationship, and the overthinking and self-blame that often goes along with that. Not ones to shy away from difficult topics, wojtek the bear once again handle things with grace and a personal angle that doesn’t make light of a serious situation.

Their second album heaven by the back door is set to be released in July, and the band hope to have a launch show at Glasgow’s Centre for Contemporary Arts (CCA). Whether or not that will be possible is in the lap of the gods. Still, their latest single is sure to provide the summer vibes wherever you are.

‘ferme la bouche’ is out now via Last Night From Glasgow

Single review: Fiskur – At the End