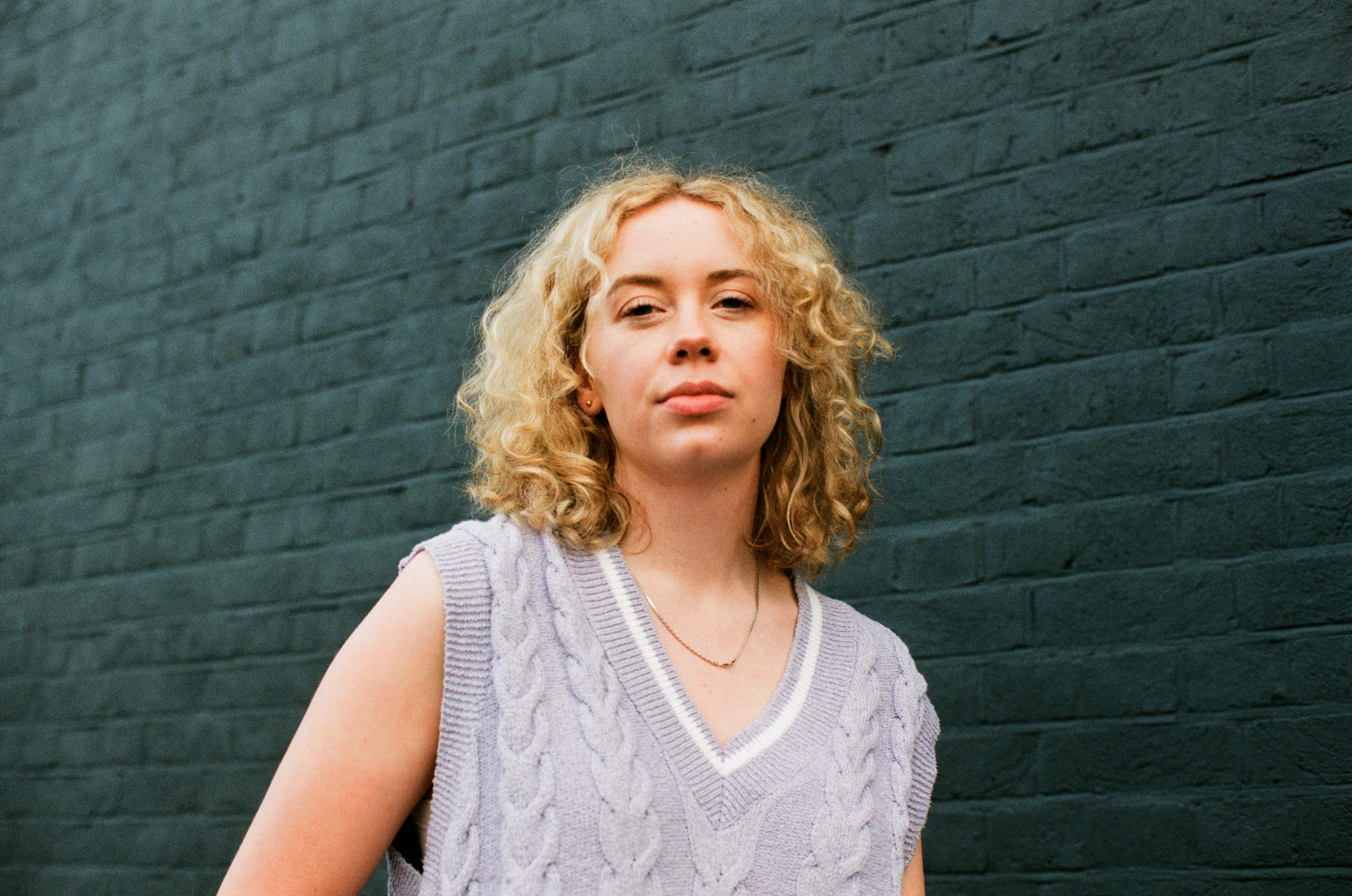 After experiencing significant success with her first EP, Cubicle, Lizzie Reid is back with new EP Mooching. With Mooching, Lizzie continues to write songs that are intimate and emotional, with a sound that is expansive, tender, and atmospheric. She explores her relationship with herself, and her relationships with others, through this lens.

Some songs, like ‘Warpaint’ are fun and rhythmic, while others, like ‘How Do I Show My Love?’ are meditative and ballad-like. What we find is the reflective Lizzie we already know, finding a new way to deal, combined with a new, gradually emerging, exciting sound.

SNACK met with Lizzie to talk about her new EP, her songwriting processes, her experience with the success of Cubicle, her recent high profile support gigs, and what’s coming up next.

Before we get into talking about your new EP, Mooching…with everything opening up, and the chance to perform again, finally, what have things been like for you the past few months?

It’s been really, really nice to get a kind of wide range of different gigging experiences. In the space of a week, I was supporting Paolo Nutini, in front of a room of nine hundred-odd people who were really up for having a good time. And then the next week, playing a run of my own shows, which was obviously a lot smaller, very intimate: just a totally different atmosphere. So it’s been so nice to experience all of that again, just different things keeping me on my toes.

Your previous EP, Cubicle, garnered a lot of praise. It was shortlisted for the SAY Award, which led to Arlo Parks inviting you to support her at a couple of shows, and now you’ve supported Paolo Nutini too, as you mentioned. What was it like for you to experience all this?

It was weird. I released Cubicle in lockdown and it felt like things were kind of moving – but because I was physically stagnant I couldn’t really see that progression. So when things started opening up, then I experienced the Arlo Parks gigs and the awards, when they put my face on this big screen in front of everyone and my song was playing. Feeling the energy in the room, I was like ‘Whoaaaa. I can’t believe that!’

I think I’m usually quite good at distancing myself from everything – because if I think about it too much, I get really overwhelmed. Often, I’ll go into these experiences and come out the other end like, ‘Wait, what just happened? Like, did that happen?’ But there are moments where I’m like, ‘Well, okay, this is different.’

Can you tell me a bit about your process of writing songs for Mooching?

So some of the songs on Mooching, I wrote in lockdown. I believe some of them are actually older as well. ‘Soda Pop Stream’ was written before all the Cubicle songs were written. ‘Bible’ was at the start of lockdown. And they just all sort of came together thematically. It was like, I’m ready to explain this side of me now.

Musically, some of them totally would be a wee bit out of place [on Cubicle]. So it felt like a nice step in a new direction, to show the other side of me as well, musically. I like to rock out, you know.

Could you tell me a bit about what your musical journey from Cubicle to Mooching has been like?

I think Cubicle is about one kind of relationship. One specific situation. I looked at that relationship through the lens of myself, introspecting on how I feel about myself, how I have behaved, and what’s become of me. But I think with Mooching, it’s kind of gone even more that way – struggles with mental health issues – and it being very much about how I’m doing mentally as opposed to an external situation. So I think that’s slightly different to Cubicle? It’s so much more about how I’m processing this situation.

What about the themes of Mooching? What would you say those are?

It’s about going through experiences that I’ve been through before in my life. I’ve got a new approach to them. So, when things maybe don’t go my way, or potentially can’t go my way, [I’m] just not letting it hang over me in the same way. So there’s more of a ‘I’ll get over it. It’s not like a big deal.’ Whereas Cubicle was more heavy. It’s a different tone to how I’ve dealt with those sorts of situations in the past.

It just sounds like someone who’s trying to tell themselves that they’re okay when they’re probably actually terrified, which is what ‘Bible’ is kind of about, you know. Clearly, I’m terrified, still am, but I’m trying to process everything differently and get on with things. I guess.

Instead of recording straight into my iPhone notes, I did sort of use GarageBand a little bit more. I’m so high tech… I’m not. I tend not to delve into demos too early, fleshing things out.  So there was a wee bit more of that.

‘Warpaint’, I finished writing that in a session with Andy Monaghan from Frightened Rabbit. So that was also a really different writing process for me. Because I came in with the verses, and I was just like, ‘I can’t get a chorus, I can’t get a chorus’. Usually, I will just give up on something until it naturally comes. But I really persevered that day, and was like, ‘I’m not leaving here until we get a chorus.’

What was your approach like, using GarageBand? Did it feel natural to start creating music with this more expansive sound?

It happened pretty naturally. I’ve always felt a tiny bit restricted because of my lack of ability to use technology. I kind of have always found it quite frustrating to not be able to flesh things out. Like how I hear them in my head. So I decided I need to, I want to start just getting better at doing this and fleshing out ideas. And so it kind of happened naturally, and at the beginning of lockdown I got–just because I just had so much time – I got better at doing that.

So yeah, I wrote quite a few songs, just demoing. So it ended up being quite natural, but I’ve actually not done it in a while, though. I still just naturally like to write with me and a piano or me and a guitar…so it was a tiny bit unnatural at first but I didn’t actively choose to do it for this EP, if that makes sense.

You were working with a producer, too, right, while creating Mooching? Was this the same producer you worked with for Cubicle?

Yeah, Ollie Bartonwood. Yeah, same producer, which was really nice as well. Just to explore more things with him. Because he’s familiar, it was very comfortable. And nice.

Can you tell me a bit about what it was like to work on Mooching with him?

Now that Mooching is about to come out, what’s in the future for you?

It’s festival season now. So I think I’m just going to be gigging as much as physically possible, which is really exciting. I’ll be able to take the band out more, which is just so fun for me, because I really enjoy playing music with other people. I do enjoy playing on my own, but bringing them with me, it just makes you feel…like a team. And it’s a nice, cosy feeling.

Are you excited about any gigs in particular?

I’m excited for Latitude Festival. That will be good. And I’m really excited for Connect too, because the line-up looks great. So that’ll be fun for me. Everything! I’ll take it all!

What about any music projects coming up? Is there anything on the horizon?

I’ve been writing with a friend of mine quite a lot, sort of more rock and roll stuff.

It would be cool to release something after Mooching that was maybe a completely different vibe, or, you know, showing another side of me. I’ve got a lot of time, I guess, to think about how I want to go about doing that. But I think something new, something different could be coming.

Mooching will be released 3rd August via sevenfoursevensix 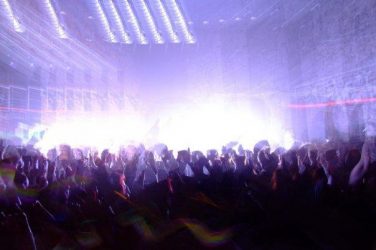 Where’s the Dancing? What happened to Scotland’s Underground Clubbing Venues?

This song is not a new one, but is one we play more often ...

‘People say that when we’re playing on stage we tend to smile at each ...