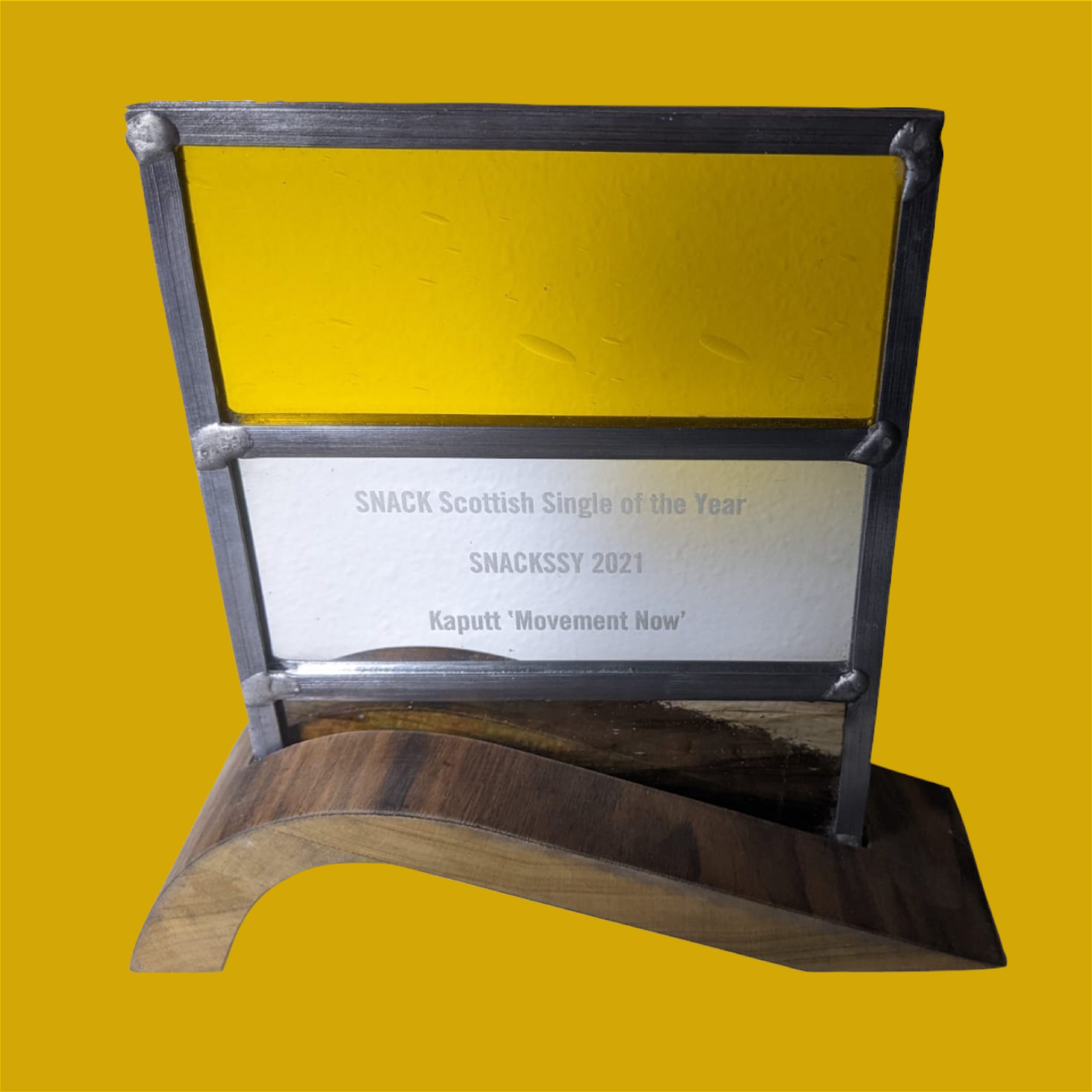 For the inaugural SNACKSSY, SNACK magazine’s writers have chosen their 21 favourite Scottish Singles of 2021. The beautiful award, made with Polish stained glass and reclaimed piano lid wood, was created and designed by our Glasgow Southside neighbours @janglingspace.

Listen to the playlist and read on to discover some of the best songs released in Scotland this year.

In addition to convincing youngsters, and your da, to stick cash in a jukebox, great singles set the tone perfectly for an upcoming album. Dot Allison’s return this year was a great triumph, and this single paved the way in a hesitatingly beautiful way. And yes, Dot is still a tremendous singer.

After a sixteen year hiatus the hallowed Scottish duo returned, resulting in this single which epitomises the evolution of Moffat and Middleton. This xenophobia allegory boasts biting lyrics that never shy away from life’s grim underbelly, while rhythmically retaining the feeling that it’s still just two pals tinkering with drum machines and guitars, re-energising their sound and highlighting their skill to evoke violence and foreboding amidst hope and escape.

Edinburgh/Glasgow four-piece Buffet Lunch have made it their mission to create weird and wonderful pop that injects a colourful spark into your life. In ‘Red Apple Happiness’ they have achieved this to perfection, it’s a woozy romp of a track that traps you inside an infectiously oddball groove.

‘Seven Spires’ is Glasgow-based Dan Brown’s debut single – a jazz/trad crossover which is a perfectly crafted instrumental. Leading with ostinato Radiohead-esque piano chords, featuring a soaring melody on flute by Tom Campbell-Paine, and punctuated with phenomenal percussion by Stephen Henderson, this track is an incredibly exciting and emotive listen.

The title track from the EP confirms Co-Accused have the knack of crafting tunes that get you moving. Missing out on the club nights where this sort of track would bounce off the walls was a killer, but dark electro-techno is still alive and kicking in Scotland.

Led by Liam Shortall, corto.alto have established themselves as one of the most exciting live acts around with the Live From 435 series. Featuring Zongo Brigade emcee Franz Von, ‘Brotherhood’ takes elements from dancehall and big beat with a propulsive positivity that owes as much to Tradeston as Kingston.

Goodnight Louisa: Get Your Hands off My Girlfriend

Edinburgh’s Goodnight Louisa’s debut album is due in January and we can’t wait. ‘Get Your Hands off My Girlfriend’ is an astounding piece of ceiling rupturing dream pop that examines the abuse of gay women, delivered with a glossy disco glow and a poignant yet soaring vocal performance.

Edinburgh based wordsmith Hamish Hawk hit a perfect serve with latest album Heavy Elevator. We could have picked any track from the album, but this one is a joyously addictive pop gem full of wry wordplay, sparky ideas and grandiose dictation that encapsulates Hawk to perfection.

Glasgow-based DIY sextet, Kaputt, hit hard with this twisted and visceral track back in May. Lyrically, it’s a direct reaction to the wilful intransigence and neglect of the guys (it’s mostly guys, let’s be honest) that refuse to budge. The track is focused, taut and danceable, always on the edge of gloriously unhinging, ready to snap and spill. Chrissy Barnacle’s saxophone lures and punctuates. The pre-chorus is cartoonish and acts as a wide-eyed respite to the controlled chaos. ‘Movement Now’ is a macabre, punky, political banger which operates as an instruction, as your toe taps, ribs break, and your head bops. It’s a more than worthy winner as our single of the year.

A touching track full of vulnerability and affirmation of personal identity. Lloyd’s mantra of ‘music for people who only play bass’ is less evident on this particular track as despite the brooding, almost acoustic bass rumble underpinning the song, it’s the twinkling synths and spitting snare drums that steal the show.

You can’t help but love this duo. Formerly known as L-Space, PCPQ have built a reputation for creating organic future soundscape pop with a twist and a message around every corner. ‘Salt’ is a hauntingly breathy number that, fittingly in 2021, explores our global warming crisis with a chilling pop flair.

Easily one of the most exciting talents to emerge in Scotland in 2021, the ‘New House’ single is just one of the reasons you need to welcome Raveloe into your life. This track was darker and more foreboding than her debut EP, but it still fizzed with optimism.

Rylah: Running In The Dark

Rylah firmly grasped the baton of Scottish electro-pop in 2021, and on the basis of ‘Running In The Dark’, they won’t let go for some time. The lead single from the EP is a tremendous example of what hands in the air synth bangers can do for a flagging disposition.

With a chorus that is easily the equal of her band’s boldest pop moments, ‘The Human Condition’ showed that no matter the name she records under, Stina Marie Claire knocks out songs that get under your skin. Glitchier than her work with Honeyblood, the song balances introspection with some touching sanguinity.

Kilmarnock’s TAAHLIAH – the first artist to win two SAMAs in the same year – released this blast of dance-pop joy in February. After a triumphant Boiler Room set, ‘Brave’ sees her making an anthemic statement of power with one shiny foot in pitched-up hyperpop and another firmly on the dancefloor.

In the year they celebrated the 30th anniversary of Bandwagonesque, and after a line-up change some fans are still struggling with, it’s a joy to know Teenage Fanclub are still on form. As comfortable as your favourite socks, ‘I’m More Inclined’ more than reminds us the group remains relevant today.

DJ, producer, label boss and general musical polymath; Vasmant has been a stalwart of Scotland’s dancefloors for a decade. With beatific vocals from Paix and Harry Weir’s cosmic tenor sax, this is a blissed-out slice of summer that feels like the first tendrils of sunrise at a festival. 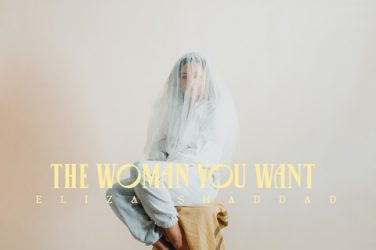