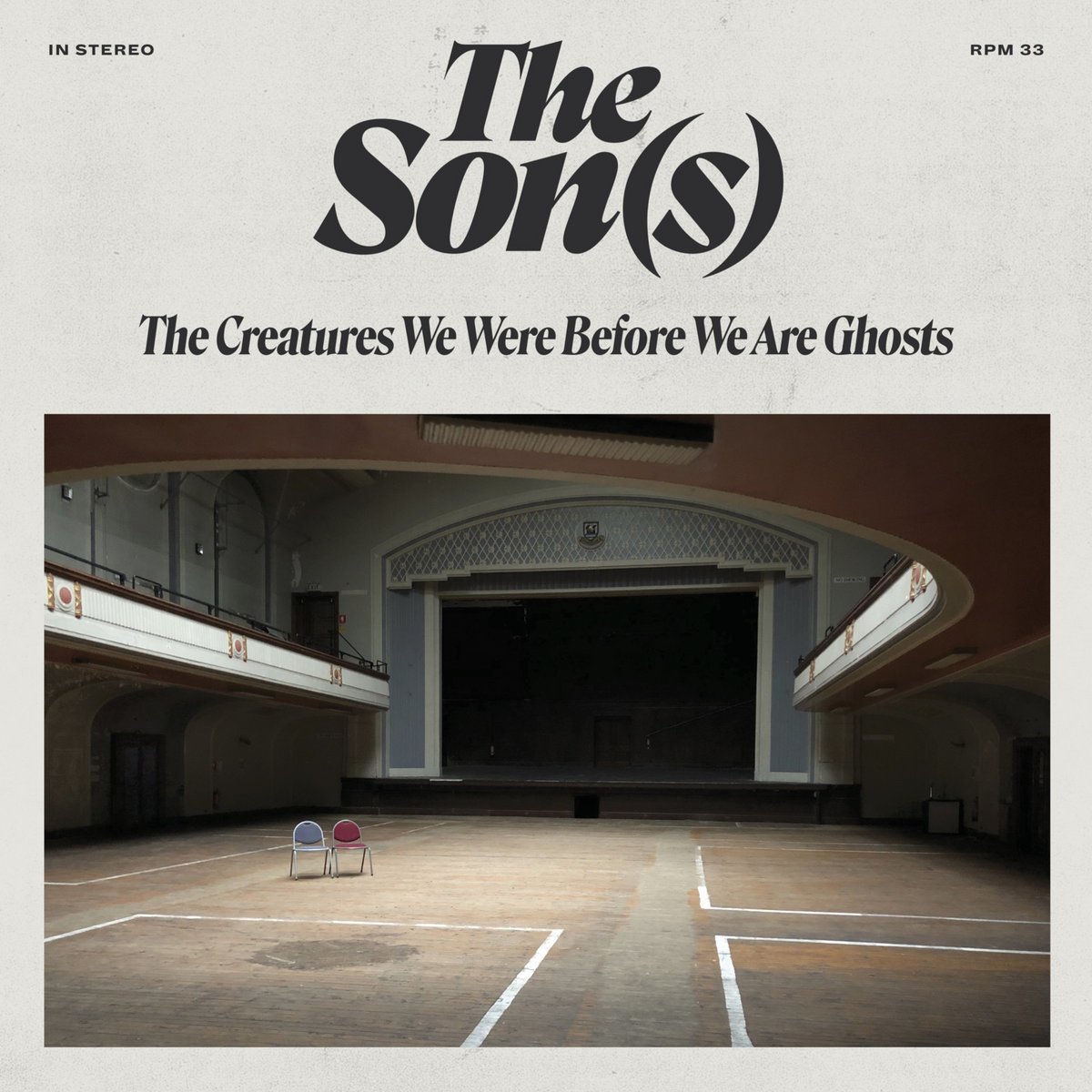 The Son(s) re-appeared in 2018 sporting a new line up and playing almost exclusively new material in a series of gigs across Edinburgh and Glasgow. Their recorded works have always included a spiritual tilt linked inextricably with the spaces and buildings they’ve been recorded in.

This has never been more evident than on The Creatures We Were Before We Are Ghosts; recorded in the cavernously spooky yet homely Leith Theatre. A space which sat empty throughout urbanity’s darkest days at the end of last century but has risen and blossomed again since being renovated and run by the local community.

This notion of an artistic idyll within the bustle of a modern city seems to translate directly into the overall sound of the album; this peaks during the singles ‘Lord, I am grateful’ and ‘My Starry Eyed’. The former is a gospel-hued paeon that gives way to crashing drums and noise while the latter is a wistful, mournful address to someone whose hiding place is being guessed at.

Highlights include ‘Deep, Dark River Running’ where the interplay of the snare-free verses and the soaring, soulful choruses mesh in a naturally unfolding slow journey of a song. The title track breaks out of the album’s overall slightly ghostly feel with splashes of harsher noise, all the while, reflecting a continuity of guitar tones drenched in reverb and atmospherics befitting their grand birthplace.

It would be a disservice to the variety of influences and songwriting nous that has gone into this record to pigeonhole it under the old psych-rock tag. What you’ll get throughout these 12 tracks is introspection and hope, yearning and regret, in a mostly hangover-friendly style topped off by Karl’s vocals which have all the complexity and sweetness of a chocolate porter.