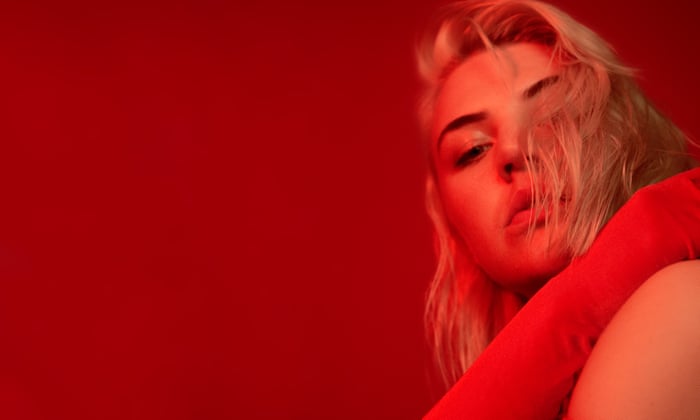 Self Esteem is Rebecca Lucy Taylor, previously one half of indie folk pop duo Slow Club. With her new album Compliments Please her voice, once tender and diminutive has, since splitting  from the band, been let loose to form a full on pop battle weapon. It’s an album with dozens of ticks up its sleeves, complete with some brilliantly funny neck twisting movements and a healthy dash of ‘piss of and annoy somebody else’.

It’s all been going pretty well for you,  you must be delighted with the album’s reception?

Yeah, it’s been amazing and a bit overwhelming and also, I keep feeling like I also want to be going like ‘I told you so!’.  I’m surprised but also not surprised as I knew it was great.

The songs on the album, have they been written recently or is it material you’ve been writing over the years and come back to?

Yeah I’ve been ready to do this for quite a while.  In a way to check I wasn’t going crazy and I’m sorta sick of this kind of feeling of people saying that ‘you should be bigger’ or ‘more people should know who you are’ or stuff like that.  It’s not that I want fame but I just want some sort of growth. I sort of realise how unhappy I was before by how happy I am now. Generally in my life I feel… good…excited.

There are a lot of tracks on the album, is this something you set out to do at the start or was this because there was so much material and you couldn’t bear to lose it?

Yeah, I think I’m quite lazy so if I’ve taken the time to do something then I will make sure it gets used.  I can’t let go of anything. Everything that doesn’t make it in, I repurpose somewhere else as I can’t start from scratch again.  So it’s a bit of that. Also I wanted to make everything to do with this sort of over-the-top and grand. The fact that it’s too long feeds into this as well.  In my mind it made sense that it would epic.

You’re obviously having fun in your videos as well, that definitely comes across

Yeah I love it, I love making videos.  It was always quite a difficult thing to do in the band as I wanted to do a lot more and express a lot more.  But you just can’t make people do things you know so now I get to do what I feel I want to.

The choreography in the video for The Best, is that something that comes naturally to you?

Yes I always wanted to dance a lot more than I did in the band and it was something I did all through my childhood and teenage years.   I love it and nothing makes me happier than dancing. This whole project has just been me trying to make my life something that I enjoy more.  All very selfish really.

So now you’ve got Self Esteem as an alter ego and you’d spoken before about having a kind of alter ego in Slow Club as well.  What do you think about those different personas?

Self Esteem is an alter ego but it’s far closer to me than how I felt in Slow Club – it’s a reaction.  It’s sort of like unbuttoning your trousers after a big meal. Ah I can breath finally. It feels like letting go of pretence.  And also I like to joke my way around things. In the band, I was self deprecating constantly and trying to be apologetic about how I was.  Self Esteem is no apologies and a very ‘I can’t help this, this is me’ kinda of moment.

So you were working with Dave McLean from Django Django for the song Your Wife and then you did Surface to Air?

Em…. We did a song called OMG and then we did Surface to Air just on a whim in the same sort of session.  I loved that and then I went and toured them for a bit. I love Dave McLean he’s a fucking genius.

But for the album you worked with Johan Karlberg right?

Yeah I started to do some bits and bobs with him and it felt like he inspired quite a lot of stuff which I didn’t realise that I wanted to do.

What about the album cover, where did the idea for that come from?

Yeah, there was a painting I wanted to recreate, The Birth of Venus. We did that and everyone is on the wall naked and covered in baby oil when I thought it would be really funny if everyone was all around me but I would be on my phone.  Surrounded by beauty and I’m still on my phone looking for something else which is the complete problem with my life now. It was just meant to represent that. I don’t think of it as sexy or provocative or anything. I thought it was funny.   A lot of strange men on Twitter have had a real problem with it. Because I speak publicly about feminism they then go ‘You’re naked on your cover you slag’. I’m not going to interact with that. I think of it as very funny.

There’s all sorts of ideas and sounds on the album, it’s very hard to pin down.  Who would you say are your greatest influences?

Destiny’s Child.  The Writing’s On The Wall, I listened to that 10,000 times when I was younger, very much the scope and the drama of that record.  I think it’s a fucking masterpiece. Pop music like Rihanna, her album Anti no one really likes but I love it.  And I love old Madonna and 80’s early 90’s pop all that.

Sheffield has a long history of producing oddball pop, do you see yourself in that tradition?

I don’t think I was directly inspired but now I am older and I know more about the heritage of where I am from musically, maybe it did.  I didn’t quite realise it but I think one thing about growing up in Sheffield is you could be a weirdo. I was like a grungy skater girl who still went to drama club and cricket, and I did everything.  There was this friendly acceptance that meant you could grow into who you are instead of being stuck into ‘I am a goth and I must only be that’. I don’t know if that was true for anyone else but that’s how I felt.

Self Esteem supports Florence and The Machine at Edinburgh’s Princes Street Gardens on August 7th. 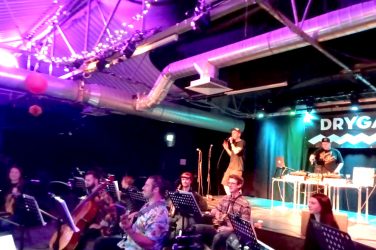