What’s in a name? Well, to their fellow Icelanders, BSÍ’s name probably conjures images of Reykjavik’s boxy, brutalist central bus station. However, the band’s url on Bandcamp would seem to suggest that the initialled name stands for ‘Brussels Sprouts International’. Personally, I like the image of the bleak, functional, Nordic transport hub more than the image of a multinational body promoting the branding of a perpetually overcooked vegetable.

While we’re on the subject of names, ‘Sometimes Depressed…But Always Antifascist’ is a screamer, frankly. Taken from a slogan used on t-shirts by football fans, it sums up both a healthy outlook on life and a record split very much in two halves. Side One is lo-fi, reflective and has a lot of gentle synth pads, while Side Two has been likened to the nineties Riot Grrrl movement. It’s not necessarily in the same style as Huggy Bear or Lung Leg (one for older Glaswegian gig-goers there) but it is faster than the first side.

Composed of Sigurlaug Thorarensen (hereafter referred to as Silla – drums and vocals) and Julius Pollux Rothlaender (bass, synths etc), BSÍ have a novel approach to making music. Focusing on attempting to play instruments with which they were unfamiliar, the duo has hit that genre-surfing sweet spot managing to convey extremes of soundscapes and emotions. Silla also records under the moniker Sillus, with a much more electro-driven sound.

Opener ‘My Lovely’ is a hypnotically circular tune. It starts with pulsing synth strings which seem to mature from fairly abrasive in the first few bars to providing epic pads as the song progresses. On repeated listens, they bring to mind the synth strings Queen used in the verses of ‘The Show Must Go On’. The song sounds nothing like Queen. In fact, that reference isn’t even helpful. Forget I mentioned Queen (although once you notice it, you won’t be able to ignore it – like the out-of-time cymbal sound in Small Faces’ ‘Toy Soldier’).

Stringed guitars don’t make many overpowering contributions, but what is noticeable is that the bass guitar sounds have a lot of attack and twang to them, as if to counter the synths with as much organic energy as possible. A notable exception is ‘TAL 11’, where the bass wanders with a smooth groove that almost licks your face and tells you to thank it, in gushing terms in an email copying in your mum. Compositionally, this showcases BSÍ’s knack of making song structures so seamless that a much-repeated chorus can change in arrangement

‘Old Moon’ is carried by the Motown-y boom-boom-tish (the tish being some manner of arable farming tool) beat and the best use of Silla’s voice on the record. There’s the sort of reverb-soaked guitar hook that begs to be put on a film soundtrack, and the outro seamlessly allows the song to fade into the fresh air it helped create. Put simply, ‘Old Moon’ is a gem that I will be slipping into outdoor playlists for decades to come.

‘Uncouple’ again highlights the duo’s ability to follow a fairly traditional verse/chorus format for three minutes where the development of the arrangement moves the song in a naturalistic, linear fashion. However, the ghostly last two minutes feel like they were developed by the song itself in a self-replicating petri dish incident.

The notion of the album of two halves, two EPs crashing into one release like a pair of fornicating earwigs, is accentuated by using two of the three previously released singles to close the first half and open the second. Eighties-inspired ‘25Lue’ gives way to ‘Vesturbæjar Beach’, a stomping Ramones-lite bop-a-long that will have you swinging an imaginary knee-length skirt.

‘Feela það’ is more than just an exercise in testing our font’s ability to display Icelandic characters; it’s a sped-up Joy Division-style verse with an air-punching chorus that exudes more joy than it has any reasonable right to express.

The title ‘My Knee Against Kyriarchy’ suggests a screaming wall of angst, but the track actually serves up quite a joyous rallying call. The term ‘kyriarchy’ refers to an extended form of patriarchy that exerts other social biases on top of gender bias. Hard to argue against such a system existing, and I’m sure someone, somewhere is making a living out of doing just that.

‘Dónakallalagið’ was also released as a single in March and is the shoutiest version of Silla on the album. She reaches a sort of shout crescendo on the song’s final minute. Closer ‘Alltaf Alltaf Stundum Alltaf’ literally translates as ‘Always Always Sometimes Always’. It’s a pogo-friendly cocktail of everything you’ve heard up to this point, but with added answerphone messages and a transitional beat slowdown as unsettling as it is relieving.

Is Icelandic music enjoying a bit of a halcyon period? Hard to say. It feels like they specialise in spacious lo-fi grooves tied to enormous-sounding, widescreen vibes, and that seems to strike a chord with certain listeners. Also, acts from smaller countries who previously would’ve needed extensive coverage to get noticed in the UK are much more accessible in the current cloud-based environment.

BSÍ embody this admitted stereotyping on my part while exuding a rebellious youthful spirit more aligned to dreamy objectivity than reactive kicking-out. 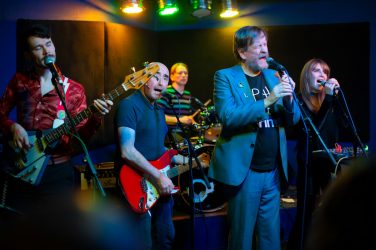 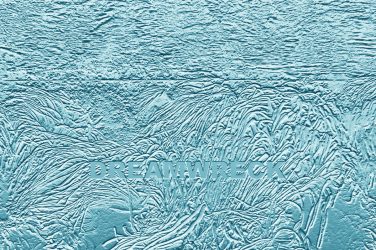 Death Drive is the debut release of Dreamwreck, but the artists themselves are no ...